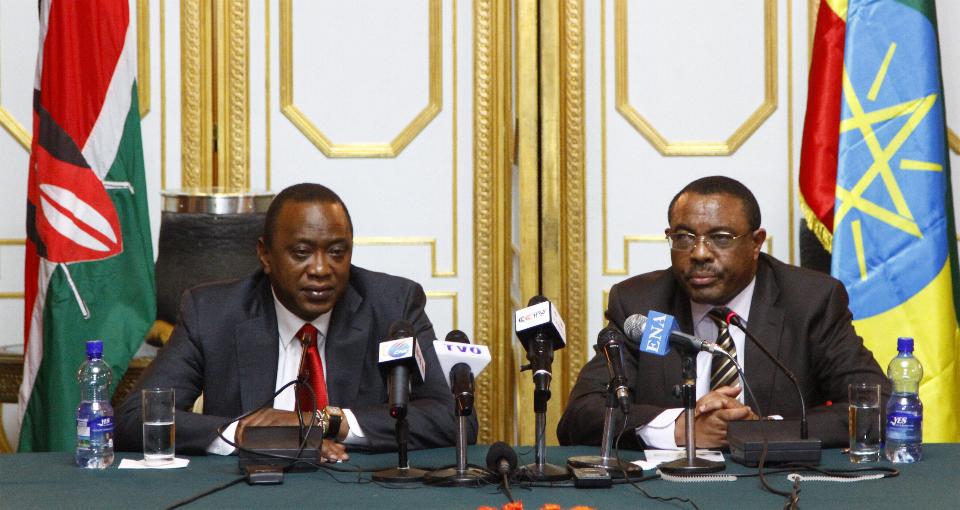 The Ethiopian PM is set to begin a three-day visit in Kenya Wednesday at the invitation of Mr Kenyatta to among other things attend a Kenya-Ethiopia business forum.

A presidential security note, which was prepared for talks with the European Union last week in Brussels, Belgium, says that the member states of the Horn of Africa must find ways of curbing the influence of the terror group in the region.

It warns that Al-Shabaab and its elder siblings—Al Qaeda and ISIS (Islamic State of Iraq and Syria)—were determined to spread a violent streak of Islam called Salafism (an ultra-conservative reform movement within Sunni Islam) at the detriment of economic development and stability of the region.

President Kenyatta is expected to urge his guest, Mr Desalegn, that they employ military and civilian efforts to stabilise parts of Somalia that have been liberated.

Also on the cards will be fast tracking of a Special Status Agreement between the two countries that will eliminate the recent introduction of work permits for citizens of both nations working across their borders.

The two countries are further involved in a joint infrastructure programme which comprises construction of a 122 km road that is part of linking the two States from Turbi to Moyale and 121 km from Merille to Marsabit which will eventually connect Mombasa to Addis Ababa.

They are part of a road network comprising the the Lamu-Port-South Sudan Ethiopia Transport (LAPSSET) project.

However, the security note warns that the economic and trade gains in the Horn of Africa were under threat from conflicts in the Middle East and measures should be undertaken to ensure the region was not drawn into it.

“The militarisation of politics in Yemen and its neighbours is of major concern to us. If the Horn of Africa is further pulled into this conflict complex, as is increasingly happening, it will turn our region’s cracks and fault lines into continuous wars,” it said.

Kenya, the note states, has successfully pushed for the closure of the Dadaab refugee camp to eliminate the possibility of it being used to plan more attacks.

“If there is one thing we know today it is that security threats left unattended are mutating into profound crises. The more time we drift without decisive and concerted action in Somalia, the greater the downside risk to Kenya, the region and the International Community,” it stated.