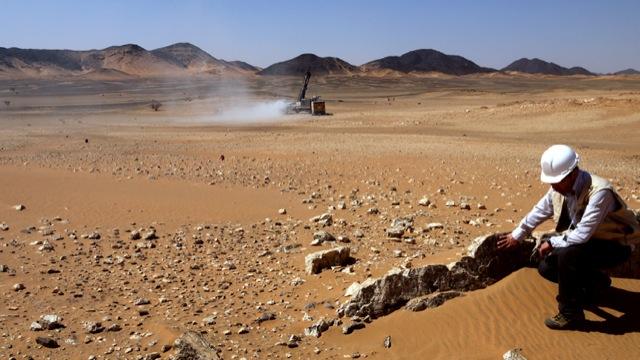 The Tulu Kapi gold mine which is under development at a cost of 120 million dollars will have the capacity to produce 28,875kg of gold in the coming ten years. After completing the feasibility study KEFI Minerals signed large scale gold development agreement last April with the then Ministry of Mines current Ministry of Mines, Petroleum and Natural Gas. Under Ethiopia’s mining law the government of Ethiopia has five percent stake on Tulu Kapi mine.

Tolossa Shagi, the Minister of Mines, Petroleum and Natural Gas, told The Reporter that the government is evaluating the proposal. “It is not a bad idea. The government wants to have a stake on the project. But we need to discuss the proposal with the Ministry of Finance and Economic Cooperation and other government organs,” Tolossa said. A decision has not yet been made, according to the minister.

KEFI said that based on the negotiations with the short-listed project contractors and financiers and with the Government of Ethiopia, the entire development funding for the Tulu Kapi gold project in Ethiopia (USD 120 million) is now expected to be covered at the project level. “A key component is the intended participation by the Government of Ethiopia, by funding up to USD 20 million of infrastructure in exchange for an increased share of project equity. The full funding package is planned through a combination of debt, gold streaming and equity funding, with working capital requirements subject to further refinement which can only be finalized upon formalization of the multi-party agreements and the approval thereof by the Government of Ethiopia.”

KEFI said its management is now focused on formally appointing and assembling, with finalized and complementary terms, the project syndicate comprising the contractors, debt financiers, gold streamer and the Government of Ethiopia. “With the Government of Ethiopia, KEFI is finalizing the terms for its intended funding of infrastructure (the public road and electricity connection) and the associated increase in its share of project equity.

Harry Anagnostaras Adams, Executive Chairman of KEFI Minerals, commented: “We are pleased to have achieved this major milestone and, in particular, we welcome the Government of Ethiopia’s intention to increase its equity in the project. Along with the intended use of some gold stream finance, this materially reduces the level of debt to be introduced and makes the financial structure more conservative, which is appropriate for such volatile times in capital markets. We look forward to finalizing terms with the emerging syndicate of parties and rapidly moving on to the next phase of development.”

KEFI last week announced that it has selected African Mining Services, a South African company, and Sedgman, an Australia-based company to undertake the construction of the new gold mine. reporterethiopia