Home Ethiopia Ethiopia Keen to Be Model in China-Africa Cooperation 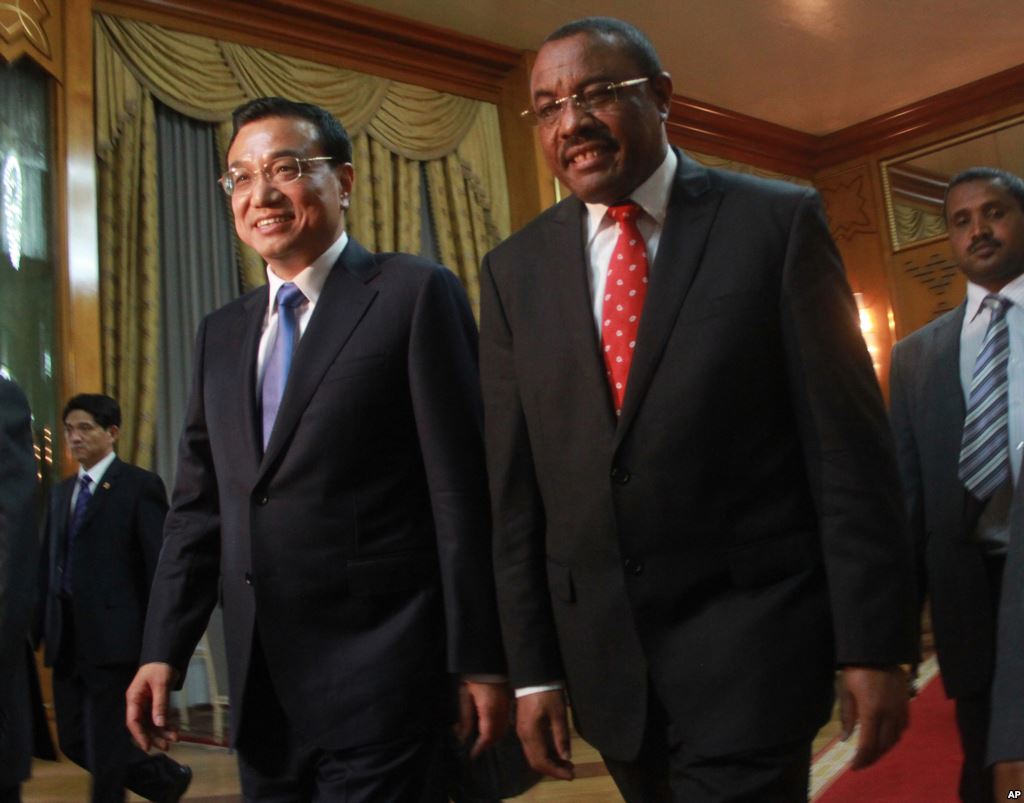 Addis Ababa (HAN) May 9 .2016. Public Diplomacy & Regional Security News. Ethiopia is keen to be a model in cooperation between Africa and China, Minister of Finance and Economic Cooperation, Ahmed Shide, has said.

Shide made the remarks on Wednesday during a meeting between heads of multiple Ethiopian ministries and representatives of the Chinese business community.

Shide said Ethiopia and China have been enjoying comprehensive cooperation, based on mutual respect and win-win situation.

“Chinese companies operating in Ethiopia are really implementing a lot of projects which is a result of our development cooperation and we see them as our partners,” he said.

“Therefore, enabling the successful activities of Chinese investment in infrastructure in the country is very important to advance our cooperation,” he added.

Shide said Ethiopia is keen to further strengthen its economic cooperation with China and to be a model in implementing cooperation plans unveiled in a summit between China and Africa held in Johannesburg, South Africa, last December.

At the Johannesburg Summit of Forum on China-Africa Cooperation, Chinese President Xi Jinping announced ten major plans of China-Africa cooperation over the next three years, backed by a package of 60 billion U.S. dollars, including interest free loans and preferential loans.

“Ethiopia has fully participated in the Johannesburg Summit, where there has been a historic outcome in terms of advancing Africa-China cooperation,” Shide said.

“Ethiopia is a country where Africa-China cooperation is very visible… it will continue to be a model country when it comes to implementing the recent Johannesburg outcome,” he said.

Attending the meeting, La Yifan, Chinese ambassador to Ethiopia, said several mega projects have been built or being carried out in Ethiopia by Chinese firms.

He underlined the need to further promote trade and investment between the two sides, and in particular industrial capacity cooperation.