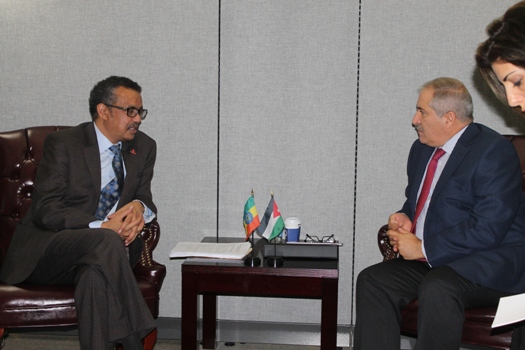 He also congratulated Ethiopia for being elected as a non-permanent member of the United Nations Security Council and expressed his country’s interest to work together in multilateral issues of mutual concern.

Welcoming the Jordanian move, Dr. Tedros underlined that Ethiopia is keen to further enhance the bilateral ties and expand cooperation in a wide array of fields, according to the Ministry of Foreign Affairs.