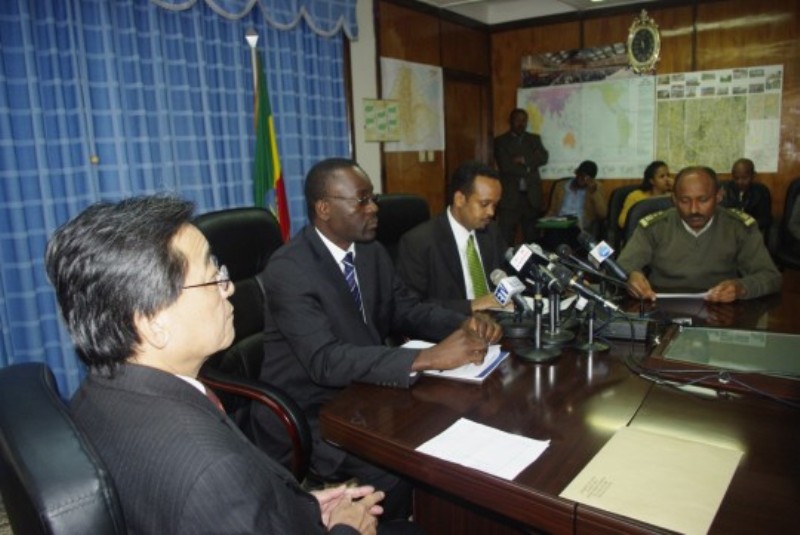 It brings together high ranking army officials from Burundi, Djibouti, Egypt, Kenya, Rwanda, Somalia, Sudan, South Sudan and Uganda. At the opening session EIPKTC chief Brigadier General Habtamu Hesbeto Tilahun noted that the Government of Ethiopia had established EIPKTC to scale up the country’s role and contribution to safeguarding peace and security in the region as well as promote key conditions for the creation of a harmonious, stable and prosperous region.

He said Ethiopia was “not only among the pioneers, but also remains… one of the major contributors to peacekeeping operations.” Ambassador Kazuhiro Suzuki, Japanese Ambassador to Ethiopia, expressed his hope that the course would enhance the capacity of regional peacekeeping operations as well as elevate the concept of the joint African standby force to new levels. Ambassador Suzuki, who said the establishment of EIPKTC in 2010 was aimed to enhance the regional standby capacity of military, police and civilian peacekeeping experts, welcomed Ethiopia’s contribution to institutionalizing a cooperative regional peace and security architecture. Japan has so far provided US$790,000 for construction of buildings for EIPKTC as well as helped develop course curricula.

It has also assigned a Japanese military official to the Center.