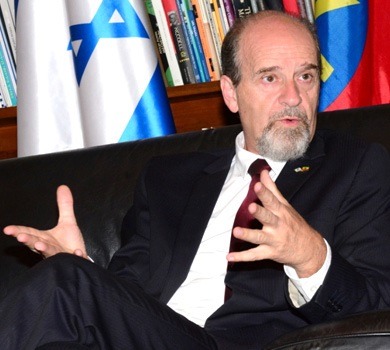 The assertion came at a time when Chairperson of the Foreign Relations and Peace Affairs Standing Committee of the House of Peoples Representatives, Dr. Negeri Lencho briefed ambassador of Israel and Korea to Ethiopia on current developments in Ethiopia.

“The measure which Ethiopia has taken is legitimate for every country is obliged to maintain its sovereignty”, the ambassador said.

He further reiterated the commitment of Israel to continue its support to Ethiopia in areas of cooperation including development democracy building.

Saying that Isreal has offered training aimed to effectualize the upcoming elections to Ethiopian professionals, the ambassador added that his country will further deploy experts to that will support the poll.

Ambassador of Korea to Ethiopia, Kang Seokhee, to himself said highlighted the longstanding relationship between the two countries backed by mutual solidarity in times of hardships.

He affirmed the commitment of Korea to scale up its firm economic ties with Ethiopia in to education and technology sectors.

Korea is keen to send humanitarian assistance to citizens who are under rehabilitation scheme in the northern part of the country, the ambassador added.