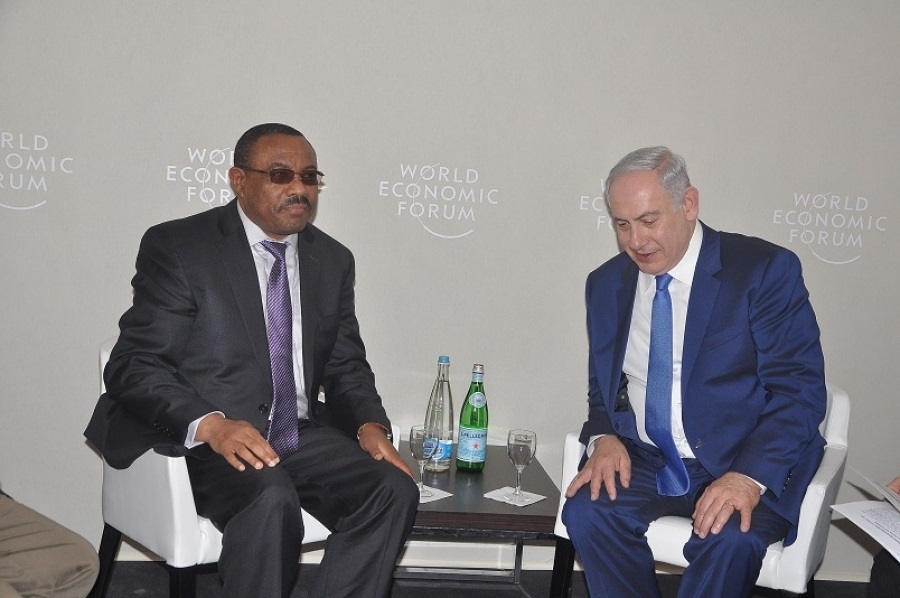 ADDIS ABABA (HAN) May 31.2016. Public Diplomacy & Regional Security News. By Robel Yohannes. The Ethiopia-Israel consultative meeting is said to be important to navigate ‘inexhaustible’ potential areas for cooperation between Ethiopia and Israel. The two countries held a joint consultative meeting here in Addis yesterday ahead of the planned high-level visit between both countries next month.

Ethiopia’s Ambassador to Israel Hilawe Yosef said that the consultative meeting focuses on investment, development cooperation, people-to-people ties as well as science and technology, among other issues, and will also serve as groundwork before the high-level visit.

With regard to investment, the talks aim to navigate areas of collaboration in many sectors including agriculture, where the Israeli have advanced practices in this aspect and have high productivity despite being situated in arid area, while Ethiopia is aiming to transform its agriculture using modern technology, said Ambassador Hilawe.

The discussions will also include potential collaboration in science and technology and education, he added. “There are some things we have initiated by using their technologies, so we will be discussing ways of enhancing it further.”

Moreover, the Ambassador said that the discussion also touches upon ways of furthering the 1000-year old Ethiopia-Israel relation and the people-to-people ties, while “we will also be talking about terrorism and how collaborate against it”.

Generally, the two countries relation is at an excellent position, said the Ambassador. “They have been supporting us as regards development and we want to enhance what we are doing with them. And the feeling is reciprocal, as they want also to strengthen the bilateral relation, while also focusing on working with the continent as a whole,” he added.

Middle East Affairs Director General with the Ministry of Foreign Affairs and Head of the Ethiopian Delegation at the meeting Ambassador Siraj Rashid for his part said that the consultative meeting comes at a time when both governments have demonstrated their strong desire and political will to strengthen their bilateral relations on the basis of mutual benefit.

According to Ambassador Siraj, despite the fact that the bilateral trade volume between the two is in an upward trajectory, much needs to be done to maximize the trade links given the complementary nature of the two economies.

Furthermore, he said that Ethiopia has a favourable and attractive investment climate, and with the bilateral investment promotion and protection agreement signed between the two countries, it is expected to bring increased involvement of Israeli investors in Ethiopia. Ethiopia highly values the technical assistance the Israeli government provided, and looks forward to an increased cooperation both in depth and quantity, he added.

The planned visit of a high-level delegation led by Ethiopia’s Deputy Prime Minister to Israel next month and Prime Minster Benjamin Netanyahu to Ethiopia in July of this year will pave the way for an enhanced wide-ranging cooperation between the two countries.