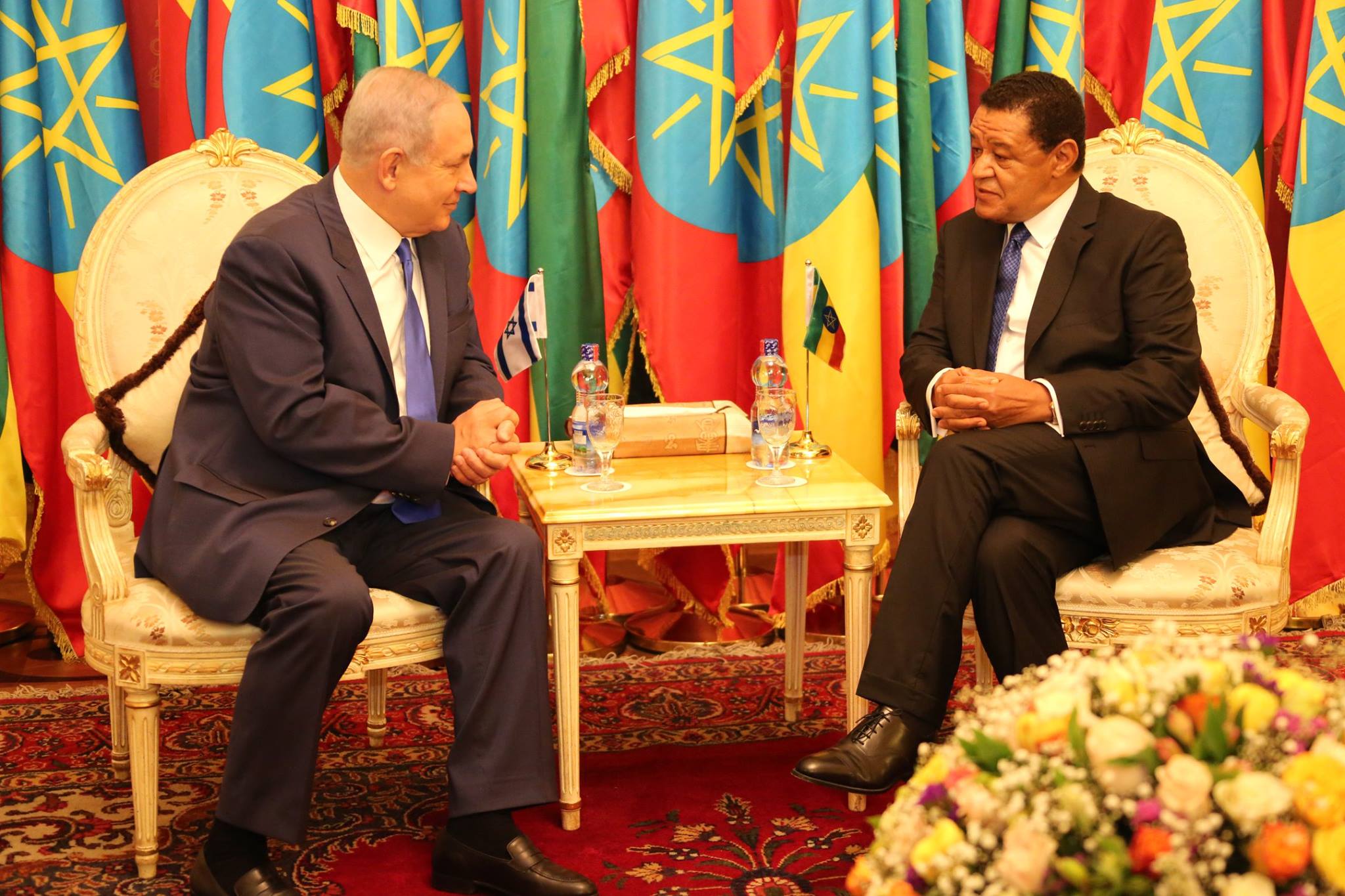 Hailemariam on the occasion said Ethiopia wants to learn a lot from Israel’s rich experience in agriculture, irrigation and water use in particular.

Netanyahu on his part said “my visit to Ethiopia is aimed at further elevating the over 3,000-year old bilateral relations of Ethiopia and Israel to a higher level.”

After the discussion the two sides signed agreements to cooperate in science, technology and tourism.

Based on the agreements, Israel will share its rich experiences in space science, bioscience and nanotechnology to Ethiopia.

Prime Minister Benjamin Netanyahu will make a speech at the House of People’s Representative (HPR) of Ethiopia this afternoon.

He is also expected to visit the National Museum of Ethiopia.

Netanyahu arrived in Ethiopia yesterday on the final leg of his African tour that has seen him visit Uganda, Kenya and Rwanda, holding high level discussions with leaders of the respective countries.

The Prime Minister was accompanied by 60 businesspeople from over 50 companies in order to forge commercial ties with Ethiopian counterparts. Translated and posted by Amare Asrat.