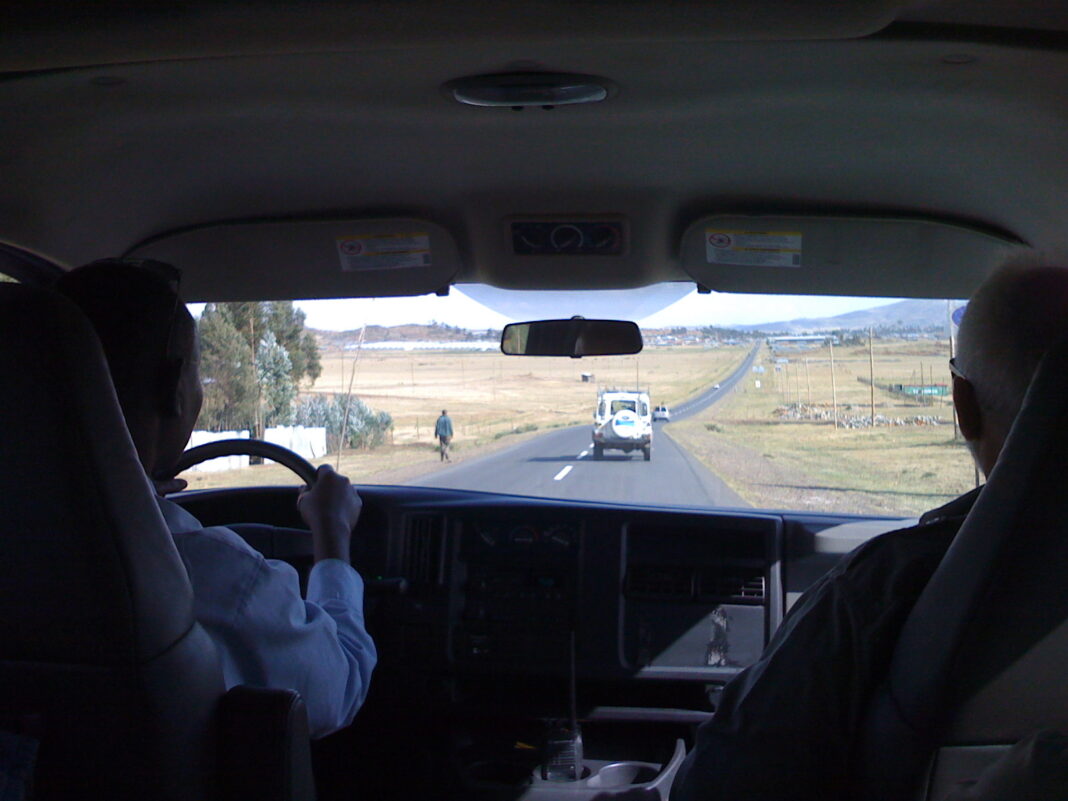 Khartoum (HAN) July 27, 2014. IGAD2020 Infrastructure and Logistical news. Ethiopia is lobbying with high hopes that the construction of a network of inter-state highways that connects it with its regional IGAD neighbors will help achieve the aspired economic integration in the East African region. 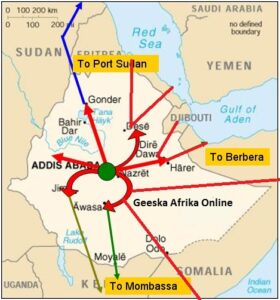 The Trans-African Highway network comprises transcontinental road projects in Africa being developed by the United Nations Economic Commission for Africa (UNECA), the African Development Bank (ADB), and the African Union in conjunction with regional international communities. They aim to promote trade and alleviate poverty in Africa through highway infrastructure development and the management of road-based trade corridors. The total length of the nine highways in the network is 56,683 km (35,221 mi).

The network as planned reaches all the continental African nations except Burundi, Eritrea, Somalia, Equatorial Guinea (Rio Muni), Lesotho, Malawi, Rwanda, South Sudan, and Swaziland. Of these, Rwanda, Malawi, Lesotho and Swaziland have paved highways connecting to the network, and the network reaches almost to the border of the others.

The inter-state highways, which would stretch through 2000 kilometers, are expected to “play a significant role in bringing about economic and social integration in the region,” Wondimu added.

According to the official, the network would also be instrumental in creating more access to maritime ports for Ethiopia, a country that became landlocked following the 1991 cessation of Eritrea.
The inter-state highway networks will help Ethiopia export agricultural products to Sudan, Somalia, Eritrea and Djibouti and import petroleum and other goods.

African border Wars and conflicts are preventing progress in road construction, wars and conflicts have led to the destruction of roads and river crossings, have prevented maintenance and have often closed vital links. Sierra Leone, Liberia, the Democratic Republic of the Congo and Angola are all in rebuilding phases after war. Wars in the DR Congo set back road infrastructure in that country by decades and cut the principal route between East and West Africa. In recent years, security considerations have restricted road travel in the southern parts of Morocco, Algeria, Libya and Egypt as well as in northern Chad and much of Sudan.