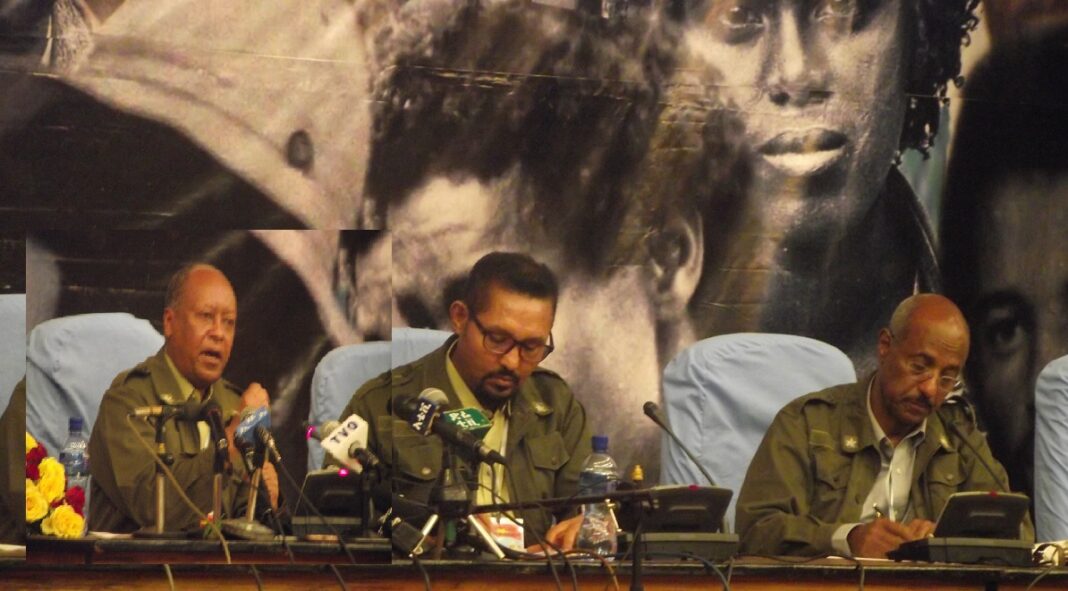 Addis Ababa (HAN) February 18, 2015 – Public Diplomacy and Regional political Anniversary news. Geeska Afrika Online will bring you the second phase of this symposium that deals on TPLF after EPRDF formation and the role of the late Prime minister Meles Zenawi

Wednesday’s celebration marks the day in 1975 when 11 men, armed only with seven rifles, took to the forest to begin the fight against the Derg army – a move that triggered a popular struggle that eventually led to the Derg’s overthrow.
Two questions came to our mind after we listened to these wonderful insights:

2– If this was planned all along while PM Meles was alive what would Meles be saying in this symposium!– may be how the Cadre School develop and shape TPLF as we know it today?!