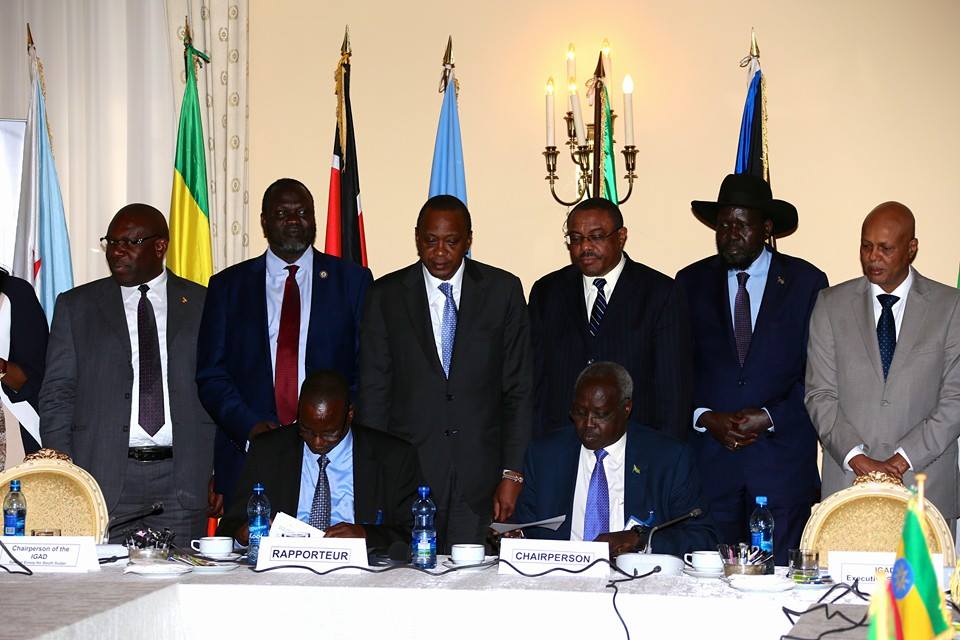 Addis Ababa (HAN) August 26, 2014 – Regional safety and security monitoring news. IGAD Assembly of Heads of State and Government held its 27th Extraordinary Session in Addis Ababa on Monday August 25, 2014. The meeting was called to consider the challenges to the IGAD-led peace process and to chart the way forward for lasting peace and a just solution to the crisis in South Sudan.

The IGAD Summit, was attended by Prime Minister Hailemariam, the Chair of IGAD and the Presidents of Uganda, Djibouti, South Sudan and Kenya, the Vice-President of Sudan and the Prime Minister of Somalia, as well as the Secretary-General of IGAD, the acting Chair of the African Union and representatives of the UN, the Troika, the Partners Forum and other countries, deplored the violations of signed agreements, and demanded the parties cooperate fully with the Monitoring and Verification Teams. It noted the need for an inclusive and broad based approach to the negotiations and the inclusion of all stakeholders and required the parties to honor their commitments to the modalities agreed in May this year.

It was called on stakeholders to conclude the negotiations to operationalize this within 6 weeks. It called on the parties to empower their representatives to proceed without further delay and said the mediation should continue even if any stakeholder boycotted the negotiations. The Summit also underlined its resolve to take action against those who obstruct the processes, saying they would be held responsible for their actions and denied participation in the future governance arrangements for South Sudan. In his opening speech, Prime Minister Hailemariam of Ethiopia, urged the parties to embody and safeguard the interests and aspirations of the people of South Sudan. He noted that some progress had been achieved but progress towards the pursuit of peace and a solution had been slow.
He expressed his concern over the dire humanitarian situation in South Sudan and urged the parties to enter into sustainable negotiations to avert the war and end the suffering of the people. He stressed that the primary responsibility rested on the shoulders of warring parties and that those who did not comply with the agreements would bear the consequences. He noted the flagrant violations of Cessation of Hostilities Agreement were one of the manifestations of the slow progress of the mediation process.

IGAD remained committed, he said, as the best possible avenue for an acceptable solution and sustainable peace in South Sudan. It would remain committed to expediting the peace process as a genuine regional initiative to serving the interests of the people of South Sudan. The parties, however, must live up to their pledges and should honor their signed agreements to immediately end the political and humanitarian crisis urgently.