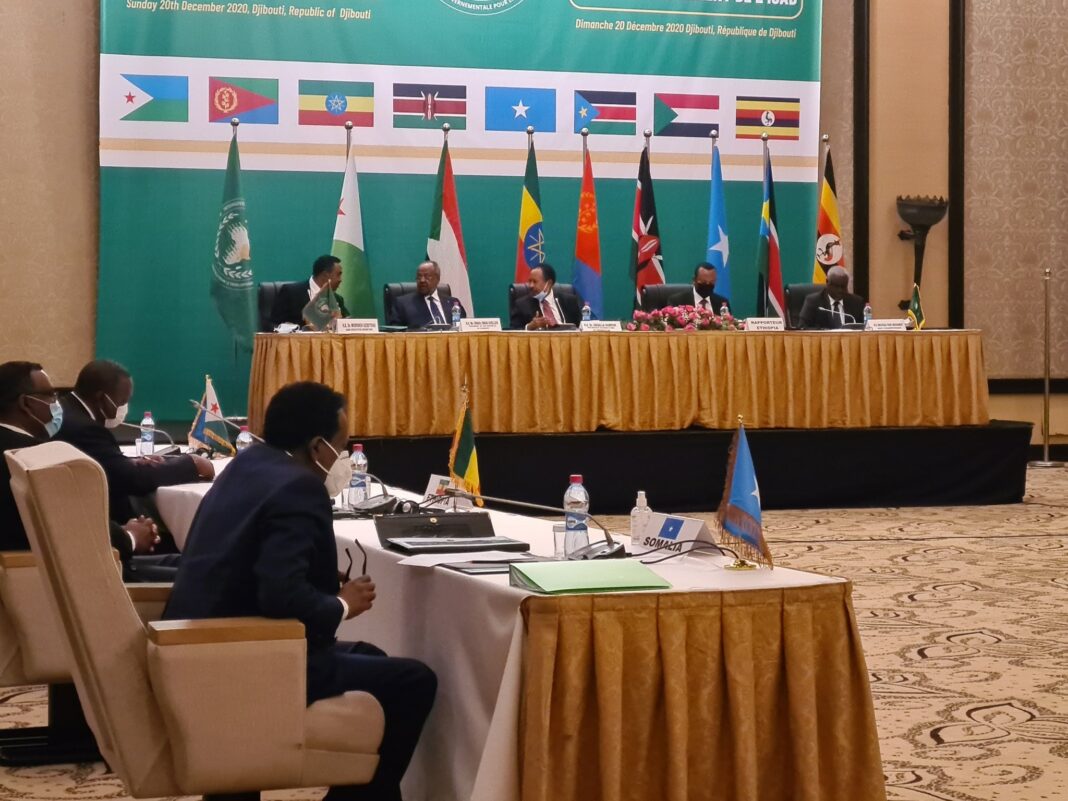 During the meeting held in Djibouti, Prime Minister Abiy Ahmed briefed participants about the now-concluded law enforcement operation in the Tigray regional state.

In a statement issued after the end of meeting, IGAD reaffirmed the primacy of constitutional order, stability and unity of Ethiopia.

IGAD also welcomed the agreement signed between Ethiopia and the UN on the 29th November 2020 allowing “unimpeded, sustained and secure access” for humanitarian support.

Regarding Sudan, it congratulated the country for being de-listed from the US ‘list of state sponsors of terrorism.’

The meeting called upon the Government of Sudan and other parties to establish the Transitional Legislative Council without further delay.