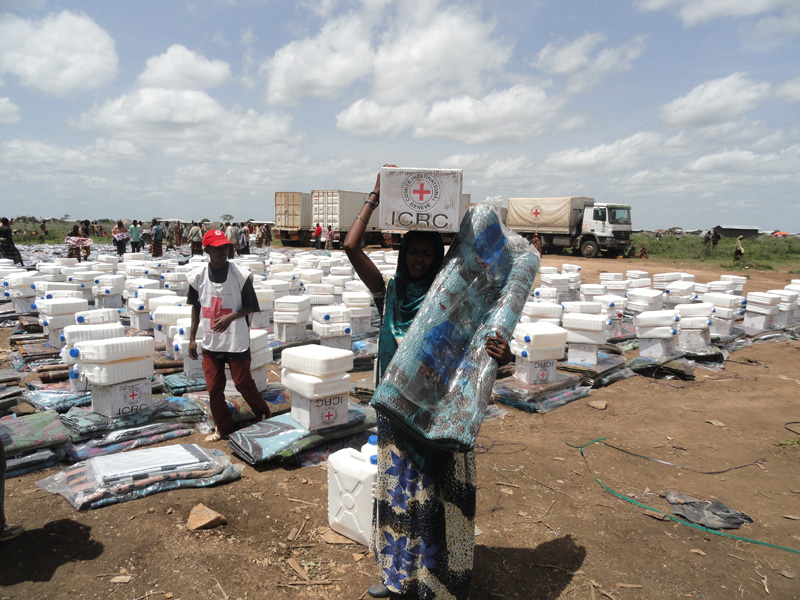 ADDIS ABABA (HAN) April 19, 2016. Public Diplomacy & Regional Security News. A Framework agreement between the Federal Democratic Republic of Ethiopia and the International committee of the Red Cross (ICRC) for ICRC’s activities in Ethiopia was signed today (April 19, 2016). Signing the agreement, State Minister of Foreign Affairs, Ambassador Taye Atske-selassie stated the ICRC’s activities in Ethiopia dates back to 1981 and that their support in several areas is highly appreciated. This supplementary agreement will set out the broad parameters and guidelines under which the ICRC operates in Ethiopia, he added.Mr. James Reynolds, the Head of Delegation of the ICRC thanked the State Minister for having him and noted the ICRC will work closely with its primary partner, the Ethiopian Red Cross Society (ERCS). He saidthe ICRC recognizes the active role Ethiopia is playing in ensuring regional peace and security and that this supplementary agreement will help the ICRC with its exclusive humanitarian mission to protect the lives and dignity of victims of armed conflict.