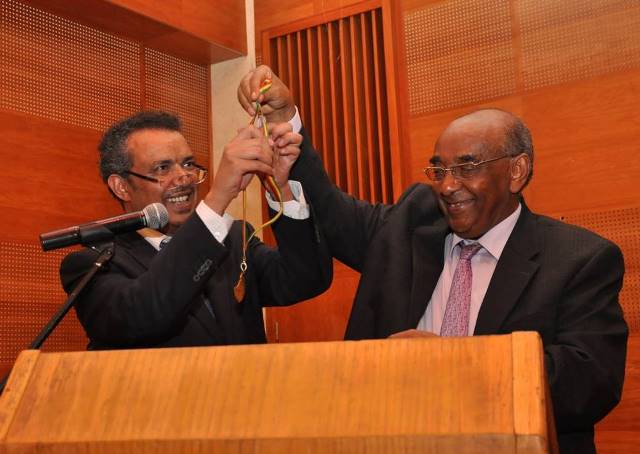 Djibouti (HAN) nApril 25, 2015 – Because of Ethiopian diplomats efferors and their skills, European Union commends Ethiopia for effective use of aid. The Head of the European Union Delegation to Ethiopia, Ambassador

Hebberecht Chantal, has commended the Ethiopian Government for effectual use of its development aid, pointing out that “the Government of Ethiopia

has been implementing effectively the development support it gets from the European Union”. Recalling that 80% of the aid goes through the government budget or Multi-donor Trust Fund, she said that the money was

properly used for the planned projects. She said “we successfully implemented the 10th European Development Fund (EDF) in the past five years, 2009-2013”. According to Ambassador Hebberecht, road infrastructure,

agriculture, food security and good governance were some of the major areas of cooperation under the Fund. The original allocation was 634 million Euros but the amount was increased by an additional 45 million Euros for

regional programs and another 40 million Euros for maternal health. The Ambassador added that “the government had good achievements in Education, Health, Water Sanitation and Infrastructure which the European

Union also supports.” She disclosed that at the completion of the 10th European Development Fund, the EU had pledged another 745 million Euros for the 11th EDF to be implemented from 2014 to 2020. This will be

allocated to agriculture, and food security, incorporating productivity, as well as conservation and management of natural resources, health and the private sector. The pledges will also cover road infrastructure and

extraordinary career , served the Ministry for 36 years in different capacity at head office and in missions abroad. Ambassador Fisseha is still serving the Ministry as Special Advisor to the Minister. The Ministry honored his

outstanding 36 years service in the Ministry and 45 years of public service .