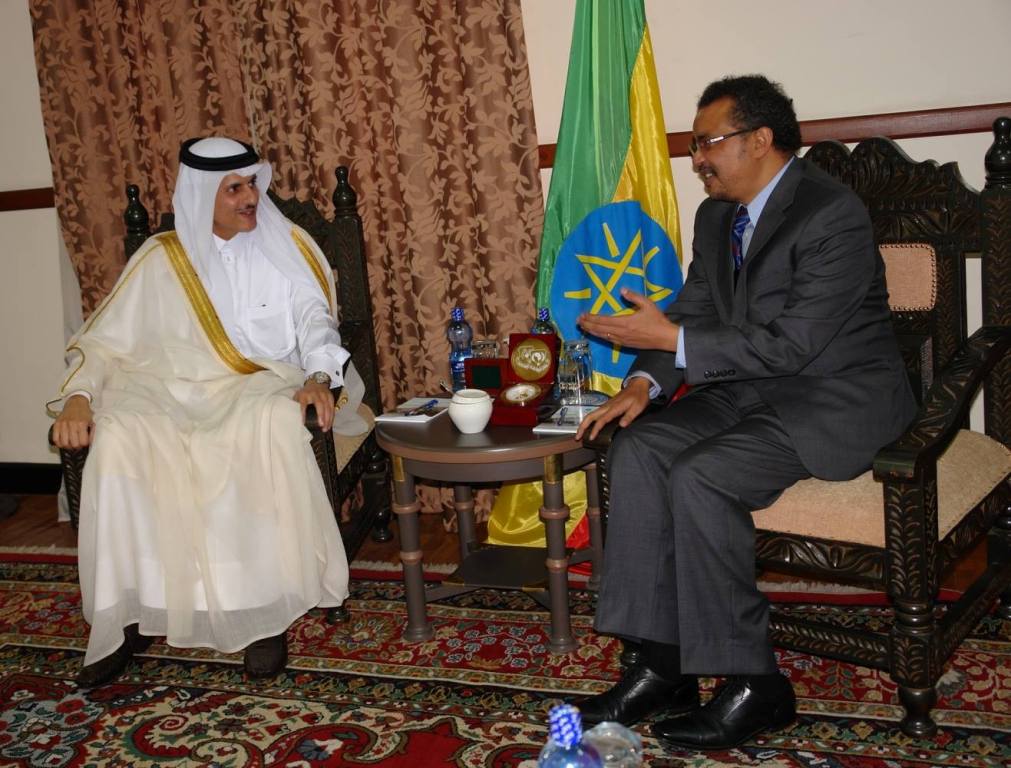 The Ethiopian Foreign minister Tedros, noting that Ethiopia was a champion of macro-economic stability and socio-economic development, mentioned the country’s remarkable economic performance registered over the last ten years with an average real GDP growth of 10.9%.

This, Tedros Adhanom said, was the result of the right-mix of development policies and strategies and tremendous public investment in infrastructure, agriculture and services. He said major international rating firms had recently appreciated Ethiopia’s impressive growth trajectory, giving a rating of “B” and “B+”. He detailed the priority areas of investment, including manufacturing, building and the development of industrial zones, renewable energy and health. All these, he said, would surely bring win-win outcomes and tangible benefits to Ethiopia and the Ezdan Holding Group. He also mentioned that Ethiopia had signed agreements on investment promotion and protection and avoidance of double taxation with Qatar, and hoped these agreements would provide additional impetus to the Ezdan Group’s engagement in selected areas of investment. Dr. Tedros added that Ethiopia had also become an important force for regional peace, security and stability, and emphasized its valued links with neighboring countries as mutually cooperative partners to consolidate an integrated, stable and prosperous region.

Dr. Khalid bin Thani Al-thani said Ethiopia’s present economic takeoff and future economic and political trajectory were the major driving forces to encouragement in investment and add value in the country’s national renaissance in the areas of health, real-estate development and hotels in which his company was ready to invest. Dr. Tedros said the Ministry was a significant point through which to engage in Ethiopia’s investment and business opportunities, and he recommended the value of participating in the Government’s efforts to make Ethiopia a nucleus of medical tourism in Africa.

The Qatar delegation also met with President Dr. Mulatu who highlighted the government’s readiness to offer all possible support to encourage foreign investment in Ethiopia through available facilities and incentives and policies that protect investments in the country. Sheikh Khalid said building long-lasting strategic relationships between the private sectors of the two countries should benefit the efforts and attempts to open new markets and promote new joint ventures locally and internationally, including attractive strategic projects for local and foreign investments.

The Ethiopian Foreign minister  said he observed a clear interest from the Ethiopian side in the Qatari investment and serious attempts to provide suitable and attractive environment for investments that could play an influential role in moving the wheel of development in the country and finding new job opportunities.