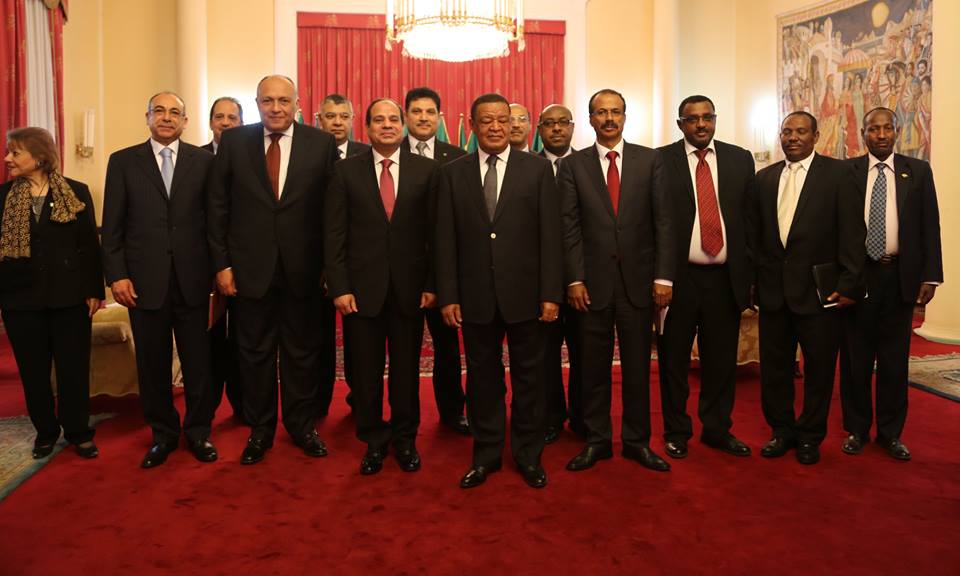 He said this state visit would further cement the existing relationship and cooperation between the two sisterly countries, adding that it gave the President and himself another opportunity to deepen and expand the scope of their collaboration on bilateral regional, continental and global issues.

There would be no going back, the scope of their collaboration on bilateral regional, continental and global issues

The Prime Minister underlined that ‪‎Ethiopia and ‪#Egypt had the longest histories in Africa and had established deep spiritual and social bonds linking their two peoples.

He said one indication of this was the centuries-long relationship between Ethiopia’s Orthodox Church and Egypt’s Coptic Church. Another was, of course, the indissoluble link of the River Nile which provided both countries with the basic means of life. President Abdel Fattah El-SiSi expressing his thanks for the warm hospitality accorded to him and his delegation. Noting the long-standing and strong bonds between the two countries, he said we also have to work hard to strengthen our bilateral relations and to achieve our goals.

He said Egypt and Ethiopia were approaching a new era, and there was a need to build confidence, trust and understanding. He said that a day earlier they had signed the Declaration of Principles after long debate.

This was very important for both nations but it was also the initial step in working toward a prosperous future. It was now time to consider raising their Joint Committee to a higher heads of government level. The President said Egypt would be offering complete scholarship for 50 Ethiopian students and for 150 doctors working on child cancer prevention. He also invited the Prime Minister to visit Egypt for the inaugural ceremony for the new Suez Canal to be held in August. Prime Minister Hailemariam accepted the invitation. The two leaders gave a press conference after their talks.

They agreed to strengthen cooperation in fighting terrorism, boost bilateral cooperation to raise the Joint Ministerial Committee to a higher level, to use the Declaration of Principles as the basis to deepen trilateral relations between Egypt, Ethiopia and Sudan and implement their goals.

The two leaders agreed that their most important achievement was that the agreed political goodwill should be maintained for the further benefit of both nations.