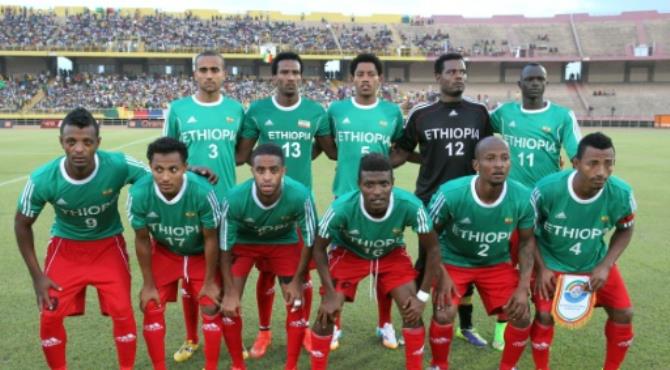 Portugal-born Luis Leal scored three minutes from time at Estadio National 12 de Julho in Sao Tome to give the fourth weakest African national team by rankings an unexpected victory. Ethiopia, 85 places above the Saotomeans in the FIFA/Coca-Cola World Ranking, host the second leg of the first-round tie in Addis Ababa Sunday with a match-up against Congo at stake.

Leal, a 28-year-old striker on loan to Belenenses of Portugal from APOEL of Cyprus, rewarded an impressive performance by a country with some unhappy World Cup memories. Sao Tome were overwhelmed 5-0 at home by Congo in a 2014 qualifier and crumbled 8-0 away to Libya in an earlier competition.

The islanders faced Ethiopia desperate to shake off poor CAF Africa Cup of Nations form with a 7-1 away drubbing from Cape Verde last June followed by a 3-0 home loss to Morocco a month ago. Ethiopia had produced more satisfactory results in the same competition, winning at home against Lesotho and drawing in the Seychelles.

But the Sao Tome setback is sure to spark criticism of coach Yohannes Sahle for dumping strikers Salahdin Said, Getaneh Kebede and Oumed Oukri. Said was a key figure in the 2014 qualifiers when Ethiopia exceeded expectations by reaching the play-offs before losing to Nigeria.

Liberia were held 1-1 by lower-ranked Guinea-Bissau at the Antoinette Tubman Stadium in Monrovia. William Jebor converted a 36th-minute penalty for the Lone Stars and Malado Reld Anido levelled 63 minutes into the West African showdown.

It was a disappointing result for Liberia coach and former national star James Debbah, who adopted an all-out attack approach in the hope of building a commanding advantage. Guinea-Bissau were coached by Portuguese Paulo Torres.

World Cup debutants South Sudan drew 1-1 at home to Mauritania in a match that took 19 hours to complete in Juba. Torrential rain forced play to be suspended, then abandoned Wednesday with the score 1-1 after ten minutes. Boubacar Bagili put Mauritania ahead after three minutes and Dominic Abui Pretino equalised two minutes later.

There are another three first-leg qualifiers Friday with Somalia hosting Niger in Ethiopia due to violence, Djibouti at home to Swaziland and Gambia hosting Namibia. FIFA