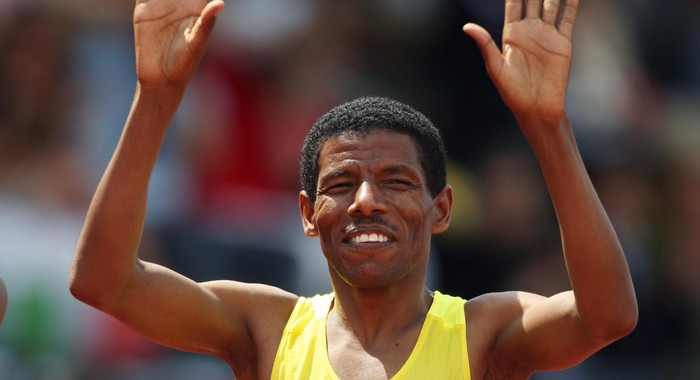 London (HAN) May 10, 2015 – Public diplomacy and National Sports News.  Haile Gebrselassie, considered one of athletics’ greatest distance runners, said on Sunday he was retiring from competitive running but the Ethiopian’s long-time manager said it was not the end of Gebrselassie’s career.

“No, he’s not retiring; he will be in Glasgow in October,” Jos Hermens said in a text message to Reuters.

Gebrselassie, 42, had told BBC Sport he was quitting competitive running after finishing 16th in the Great Manchester Run on Sunday.

“I’m retiring from competitive running, not from running. You cannot stop running, this is my life,” Gebrselassie said.

It was not the first time Gebrselassie had said he was calling it quits.

He had tearfully retired five years ago after knee problems forced him to drop out of the New York City Marathon.

But he returned to racing a few months later. 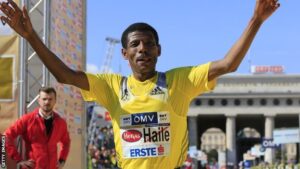 Hermens admitted Gebrselassie was training a lot less than before, “so may be kind of a farewell trip in the UK!” the manager said of Gebrselassie’s upcoming race in Glasgow.

The soft-spoken Gebrselassie achieved success both on the track and the roads during his long career.

Nearly unbeatable on the track in his prime, he won his first of eight indoor and outdoor world championships at Stuttgart in 1993 and went on to hold world records from the 5,000 meters to the marathon.