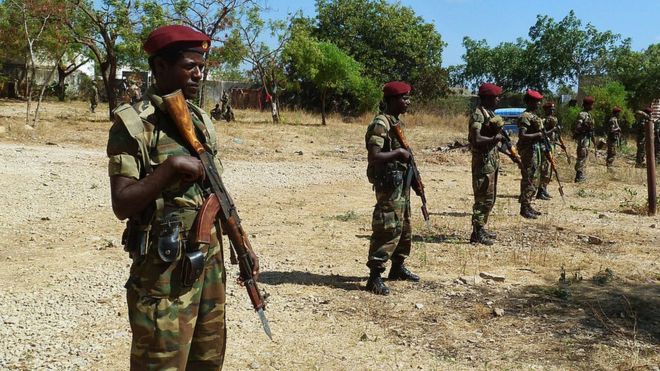 Addis Ababa (HAN) June 15.2016. Public Diplomacy & Regional Security News. By Desta Gebrehiwot. The counter offensive will send a sufficiently clear message that there will be a consequence for each and every provocative behaviour by the Eritrean regime

Briefing journalists on current affairs here yesterday, Office Minister Getachew Reda said Ethiopia’s counter offensive in the Ethio-Eritrea border, which lasted for two days, was carried out in retaliation to Asmara’s repeated provocations and its attempt to support anti-peace elements to destabilize Ethiopia.

The counter offensive will send a sufficiently clear message that there will be a consequence for each and every provocative behaviour by the Eritrean regime, he said.

The regime in Asmara has no any moral ground to complain that it has been attacked by Ethiopia while it has long been engaged in belligerent acts. The counter offensive was strong and will continue depending on Asmara’s behaviour, Getachew said.

It is not important to talk about casualties, but the Eritrean military has been smashed in the counter offensive. The damage they suffered and the message sent to the Eritrean regime is overwhelmingly enough to send messages against the regime. The Ethiopian government understands that there would be human costs from the Ethiopian side in conflicts and war and honors troops killed in any front, he said.

Ethiopia’s next action entirely depends on how the regime in Asmara acts. As a matter of fact, Ethiopia did not fire first. It is the Eritrean side that opened fire but did not calculate how Ethiopia would retaliate. Ethiopia’s counter offense against Eritrea is a last straw in the camels back. If there are any conflict or war in the Ethiopia-Eritrea border, it is Asmara to be blamed. Ethiopia has no any intention of waging a full scale war to topple the Eritrean regime but will strongly strike back any provocative actions, added Getachew

As to the Minister, the Eritrean government is trying to exploit each and every available opportunity to destabilize the country. And wrongly calculating that Ethiopia is over stretched in other duties, it tried to launch the aggression. In this regard, the two-day offensive is rather a late action.

Th alpha and omega of the Eritrean regime is to create unstable and precarious region, and Ethiopia is ready to take proportionate military measure for any additional provocative actions of the Eritrean side, Getachew said.

The Ethiopian government sympathizes for the lives lost from its side in any battlefield and stands by the families of the fallen troops particularly in Somalia, added Getachew.