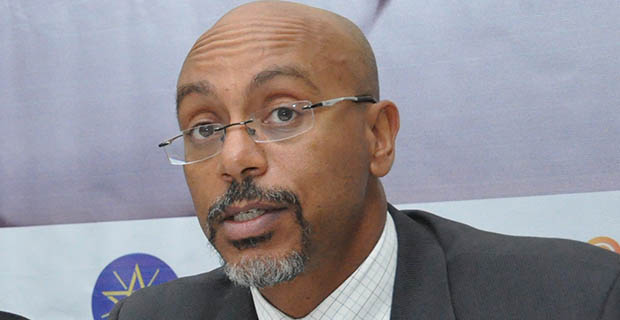 Ethiopia is to begin the export of around 180,000ql of teff flour, one of the country’s major food staples by the next fiscal year, following the embargo set by the government on the export of teff in 2006.

Teff, produced by 48 commercial farms throughout the country, is intended to exploit the comparative advantage the country has in the international market because of the special flavor and taste of the teff it produces according to Khalid Bomba (PhD), the Ethiopian Agricultural Transformation Agency’s chief executive officer (CEO).

“Teff is becoming very popular in the international market although it is still at its infancy to reach the level of market items like quinoa, a gluten free seed,” Khalid told Fortune.

Quinoa is a Latin American seed found in Bolivia, Peru, Ecuador, Chile and Colombia. It became popular in the international market with the General Assembly of the United Nations declaring the year 2013 as the “International Year of Quinoa“. But, its popularity was soon followed by inflated prices of quinoa in places where the seed originated.

“We will be implementing it in two major ways; the first is we will not export raw grain and secondly, we will ensure that we will not affect the domestic supply of the product in the country,” Khalid stressed. “The case with quinoa will not happen with teff.”

For the production of teff for export purposes by the fiscal year 2015/16, 6,000ha of land is to be cultivated. From these farms, a yield of 20ql to 30ql of teff per hectare is expected, all of which will be exported.

The country’s teff production for the year 2013/14 was 44.2 million quintals with a yield of 14qt per hectare, according to the Central Statistical Agency (CSA) Agricultural Sample Survey Report on Area of Production of Major Crops. The cultivated land for teff for the fiscal year was three million hectares.

The production for the prior report year according to the same source was 37.6 million quintals with a yield of 13.8ql a hectare. Teff therefore showed a slight increase of 6.6 million quintals in production that year. The cultivated land for the reporting year was 2.7 million hectares of land.

“When compared to the existing land that teff is cultivated on, the 6,000ha of land is very insignificant and the production too small to affect the market,” said Khalid.

The exportation of the product is to be started by commercial farms for the following fiscal year’s export and in the future it will expand to smallholder farmers, making sure that the production in the country increases, according to Khalid.

When the exportation begins, it will be done with international partners who will trace the origin of the teff to ensure that it comes from only these commercial farms.

Identification of the Ethiopia’s teff based on its genetic characteristics and biological behaviour by preparing DNA make-up and labelling will be done, said Sileshi Getahun, state minister of Agriculture.

“It has to be known that the teff that is exported originated from Ethiopia,” added Sileshi.

Currently, the exportation of teff, unless it is in the form of injera, is prohibited and the new initiative will feature another way of exporting- by milling the grain and packaging it.

The government officially banned teff exports in January 2006 on the grounds that export is the main reason for the price surge, according to the January 2013 Food & Agriculture Organization’s (FAO), Monitoring African Food and Agricultural Policies Report on Analysis of Incentives and Disincentives for teff in Ethiopia.

For the effectiveness of the project, a national level steering committee and regional sub-committees have already been established.

The national committee, chaired by Tefera Derbew, minister of Agriculture, includes representation from the MoA, the Agricultural Transformation Agency (ATA), the Ministry of Foreign Affairs, for marketing and promotion works, the Ministry of Trade, for the monitoring of the trading system, the Ethiopian Revenues & Customs Authority, for issues related to tax and Customs, the Ethiopian Standards Agency, for the quality maintaining issues of the exportable teff, as well as the Ethiopian Agricultural Investment Agency, to deal with issues relating to the investment licensing.

The regional committees are chaired by regional agricultural bureaus and will have members from the environment protection and regional investment bureaus.

The role of ATA is that of project manager who will coordinate and implement the work of the national steering committee and seek solutions to challenges.

The exportation project has three key areas of implementation, according to Khalid. The regulation, supply chain and promotional marketing. The regulatory section deals with the licensing and regulation while the supply chain looks at the production process, the processing, logistics and traceability. The third one will consider the buyers and the market related issues.

The ATA has hired a foreign company to brand Ethiopia’s teff and to undertake marketing research, Khalid says.

“The teff that will be exported from Ethiopia will be tagged ‘Ethiopian Teff’ and companies can put their own signs in addition to that,” Khalid said.

In the project, there will also be milling companies that will mill only teff in order to avoid mixing exportable teff with other items so as not to affect the quality.

“All processes from the access to land to the time of export will be monitored by the government; the moisture content and the existence of any impurities will be checked,” Sileshi told Fortune.

As the trend for new products joining markets indicates, the major challenges of implementation will be penetrating the new market and creating awareness among the local community, according to Khalid.

“We are starting with commercial farms for the introduction of the market and the major focus is the national pride more than the income that will be gained from the sale of the product,” Khalid stressed. “Once we plant our name in the international market for better quality, we can even get premium value for our teff like Ethiopian coffee.” addisfortune