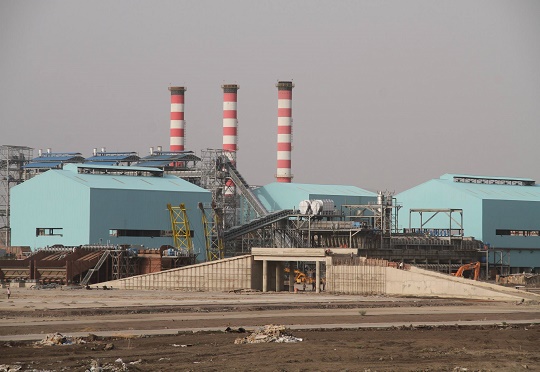 Ethiopian government is set to cede 75 per cent shareholding of Beles Sugar Project located in Amhara region, to Turkish company Bedisa Group for $ one billion.

The Chairperson of Bedisa Group, Binai Boran said that he was negotiating with the government to form the joint venture for the last three years. “The negotiations are bearing fruits and we are going to take over 75 percent of Beles I and II,” he noted.

The total value of the two projects are estimated to be around $1.4 billion and Bedisa will invest a little over one billion of this amount to secure the JV deal. The Group is planning to finance a portion of the investment project by its own while the remainder of the project cost is expected to be paid for by accessing loans from local and international banks.

According to Boran, the agreement between Bedisa and the Ethiopian Sugar Corporation will be signed at the end of this year and the sugar factories will start crashing sugarcanes at the second quarter of the next year. A total area 50,000 hectare is expected to be covered by sugarcane plantation serving the two sugar crashers. Both the plantation and other water requirements are expected to be supplied by Beles River through a diversion weir built on it.

He further that he decided to invest in Ethiopia based on the directions that he got from President Recep Tayyip Erdogan, Prime Minister Binali Yildirim and Turkish Ambassador to Ethiopia, Fatih Ulusoy.

The Ethiopian Sugar Corporation data reveals that the country’s annual sugar consumption is more than 700,000 ton, from which only 440,000 tons of sugar is produced in the country. The Growth and Transformation Plan (GTP) not only needed to fill the demand and supply gap that has existed in the market for many years. But, it also aspires to export sugar to earn foreign currency. That is why the Sugar Corporation made a deal with the Metals and Engineering Corporation (Metec) to construct ten sugar factories at a time. Since Metec failed to deliver the projects, seven of them were snatched from it by the government.

The Chairperson of Bedisa Group also noted: “We know that the Ethiopia government have challenges to build the sugar factories. They were looking for international partners and that is why we want to form this joint venture” He also pointed out that the Group’s experience in international market will bring success in the joint venture by exporting sugar to African countries and the rest of the world.

The Group also has an intention of exploring other sectors in Ethiopia; but at first it wants to achieve in Beles project. The Chairperson also stressed the roles of Ethiopian Embassy and the Ethiopian Sugar Corporation officials in encouraging them to invest in Ethiopia.

Bedisa Group was founded more than half a century ago and constructed several tunnels, galleries and dam all over Turkey and Saudi Arabia during 1965-1986. Besides Bedisa together with group companies, works actively in the fields of international business and investment. Bedisa Group also prefers products and reputable partners from United States of America to China across 59 countries in six continents.

In a related news, Molino Mechanical Industry and Trade Inc. is looking a partner to set up a food city complex in Ethiopia. The company’s Vice President, Salim Alaybeyi, said that his company is looking for well established and knowledgeable companies that is specialized in the sector. He believes that the food city complex will address the market need in Africa. The complex will be established with a $55 million capital and produce wheat that are going to be exported to Africa.

“Since the transport cost from Turkey to Africa is expensive, I want to set up a food city complex in Ethiopia so that I can be competent in the African market,” noted the vice president. He promised to start the project as soon as he was done with the partner selection process. He said that the Industry Minister, Ahmed Abitew, promised to help him in connecting with the right partner as well as in facilitating the bureaucratic process to set up the food complex.