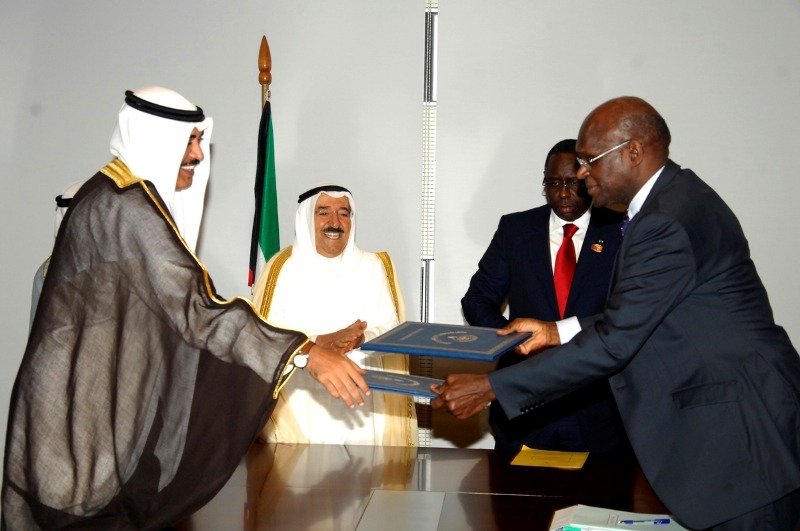 Kuwaiti Ambassador to Ethiopia Rashed Al-Hajri said that importing water from Ethiopia would be easy because geographically it is close to the Middle East and the country has huge water resources. According to sources contacted by Geeska Afrika Online reporter in Addis, idealy and geographically, it could be possible incase Somaliland or Putland route is secure by Ethiopian Authories.

A senior official who attended the meeting between Teshome and Shawa remarked that Ethiopia intends to support Kuwait’s efforts to import its water, adding that this will ultimately reinforce investment and cooperation between the two countries.

The news agency also reported that the Swiss company, which focuses on increasing water supplies in countries that are in need, would start transferring the Ethiopian water after it receives all the necessary documents and licenses for the mission.

The Swiss Firm, Mai Resources International specializes in Water Resources Management and supply of potable water around the world through incorporating separate companies in each country, such as Kuwait, GCC counties or in Ethiopia, where it obtains the concession as well as the possibility of joint ventures.

But, Ethiopian diplomat told Geeska Afrika Online, that Egyptians are creating this rumors in order to take military action against Ethiopia. They are telling their people that Ethiopia is building the dam in order to sell the Nile water to Kuwait and dry off Nile. It is just a nasty trick to justify any sort of military or non-military actions they want to take.