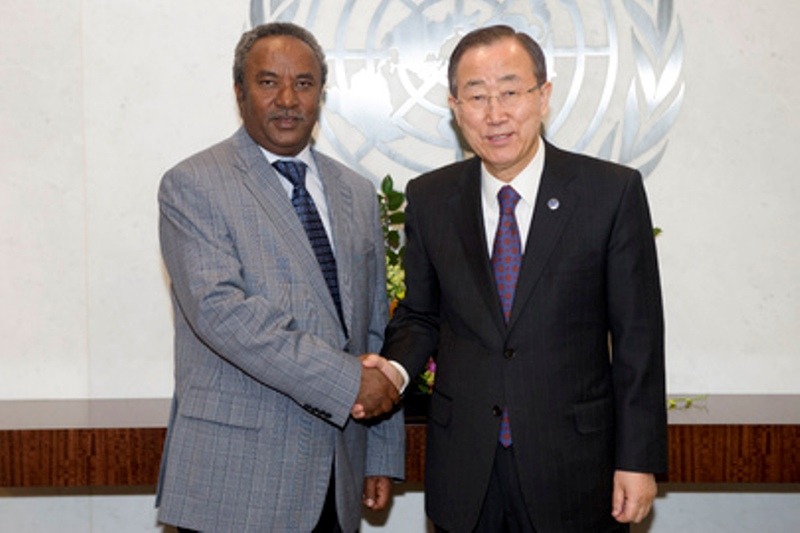 Addis Ababa (HAN) November 25, 2014. Public diplomacy and Regional security and safety news.  The United Nations Secretary-General, Ban Ki-moon has announced the appointment of Major General Birhanu Jula Gelalcha from Ethiopia as the new force commander of the UN Interim Security Force for Abyei (UNISFA). He succeeds Lt. General Yohannes Gebremeskel Tesfamariam who served as the force commander and head of mission until June.

The Secretary-General praised Lt. General Tesfamariam for his “dedication and effective leadership” at UNISFA and also conveyed his appreciation to Major General Halefom Moges for his service as acting head of the peacekeeping mission.

Major General Birhanu has had a long and distinguished career with the Ethiopian army, most recently serving as the commander of the Western Command and previously as deputy commander of the central command from 2006 until 2009, as well as holding a number of important operational and staff positions, including command of the cadet school, chief of corps administration and head of brigade operations.