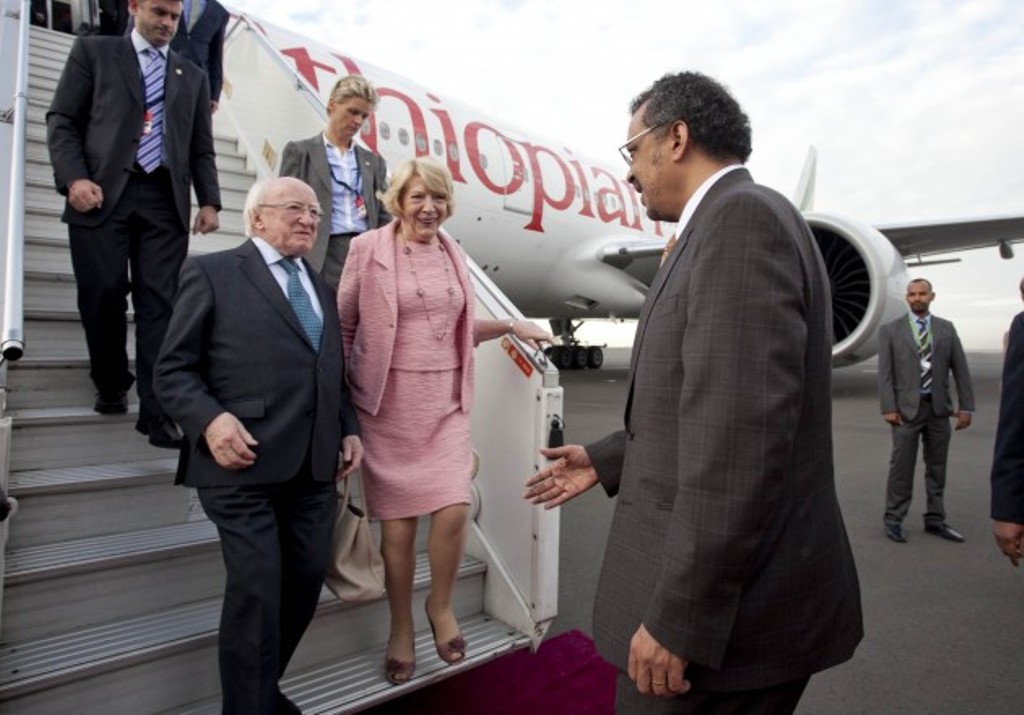 The Afro-Irish  agenda during his trip will be sustainable development, climate change, human rights, the current Ebola crisis and Human migrations to Europe..
The Irish President Higgins said:

We now face a turning point in the relationship between Ireland and Africa; a relationship which in this century will be increasingly about partnership, cooperation, and a fair and just trade. Based on our history, Ireland has a strong reputation in Africa and as Africa advances we are in a strong position to work together in friendship.
In Ethiopia, the President will meet South Sudanese refugees in camps supported by Irish Aid and Irish development agencies including Goal and Concern.

Meanwhile, In Africa, any attempt to redraw borders on ethnic lines would seem certain to accelerate political disintegration and inspire new conflicts. The democracy movement, which in the past few years produced a series of national conferences to end dictatorships, is foundering. Fewer than a third of sub-Saharan Africa’s nations have anything resembling multiparty politics. The Congolese author Ange Séverin Malanda says, “From now on, the danger in several parts of the continent is of pure destruction or generalized destabilization. The destabilization is already evident in Somalia, Liberia, and Angola.

Who outside of Africa has the most urgent material interest in its condition? Clearly, the former European colonial powers. Africa’s continued foundering means the exodus of hundreds of thousands, even millions, of desperate people headed to the closest place where they can find order, jobs, security, a future. Their scarcely controllable migration to Europe has already created immense social problems and serious political tensions there. Europe is also the principal consumer of African mineral and agricultural exports.