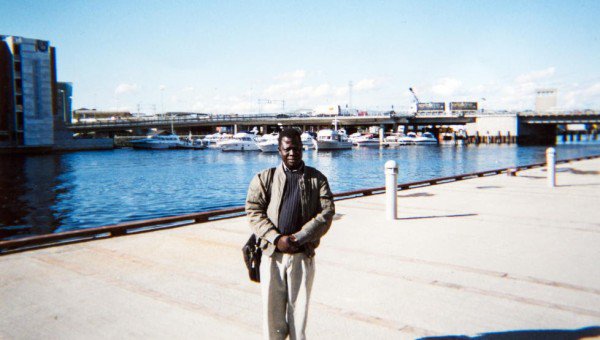 NAIROBI (HAN) March 6, 2016. Public Diplomacy & Regional Security News.Action on Behalf of Indigenous Land Right Leader in Ethiopia
Mr. Okello Akway Ochalla is a Norwegian citizen who was kidnapped in South Sudan and renditioned to Ethiopia in March 2014. Charged as a terrorist—his crime is defending indigenous land rights—he has languished in jail for nearly two years. Mr. Okello is an Anuak leader from Gambella, which has been a key target for forced relocations and land grabbing by the Ethiopian Government.

Since 2009, the Ethiopian Government has systematically silenced its critics, ruthlessly arresting journalists, bloggers, students, opposition party members, land rights activists, and more via its notorious Anti-Terrorism Proclamation. Mr. Okello, like thousands of others, languishes in jail because of this law.

“…at the time I was giving the statement to the police, I was under the environment where the police investigator had put the pistol on the table in front of me and I was being tortured.”

For two years, Mr. Okello’s case was largely ignored by the international community, including Norway. But this week, his story is finally being heard.

On March 1st, a profile of Mr. Okello was included in an in-depth report produced by the Financial Times. On March 4th, President Barack Obama will receive a letter, sent by a group of congressional representatives, led by Congressman Keith Ellison (D-MN). The letter will be accompanied by a petition with nearly 6,000 signatures, calling on President Obama to secure Mr. Okello’s release.

On March 7th, nearly two years after his kidnapping, we expect a verdict in Mr. Okello’s case. You can read Mr. Okello’s personal closing statement made before the Ethiopian court here.

Let us be clear: Ethiopia’s kangaroo courts have repeatedly handed harsh sentences to innocent people, simply for raising their voices against injustice. There is little reason to believe that Mr. Okello’s case will be any different.

The hope for Mr. Okello lies in the international community. Wealthy donor countries like the United States, UK, and Norway and multilateral institutions like the World Bank hand over billions of dollars in aid to Ethiopia’s repressive government annually. In the absence of rule of law and democracy in Ethiopia, these donor governments and institutions must intervene to ensure justice for the innocent, and to pave the way for freedom of expression and true democracy in Ethiopia.

At the Oakland Institute we have worked with Mr. Okello’s family and lawyers over the last two years to help secure his release. The fight for justice and land rights in Ethiopia continues.