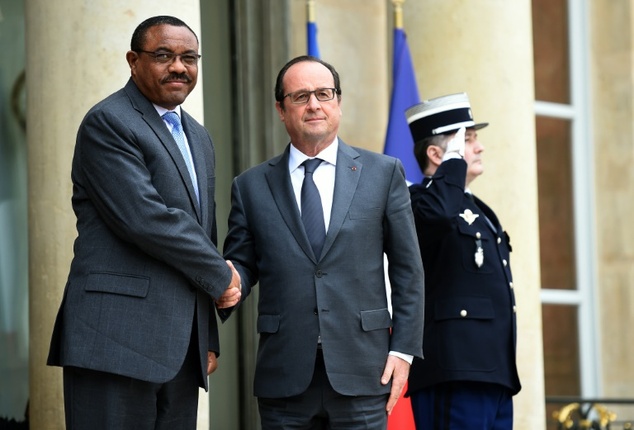 Addis Ababa (HAN) August 24.2016. Public Diplomacy & Regional Security News. Ethiopia and France are poised to strengthen their ties in the fight against terrorism and in technology transfer, climate resilience programs, peace and security.

President Mulatu on the occasion called for a wider exchange in the areas of culture, education and investment between France and Ethiopia.

According to an official who attended the talks, the President appreciated the commitment by the outgoing Ambassador to strengthen the business and investment ties between the two nations.

Over the past three years, the two countries have been working on the Ethio-France Economic Forum (EFEF) to boost their business and trade ties.

The Forum helps promote Ethiopia’s favorable investment and trade atmosphere to France investors. It was indicated that EFEF will be launched the coming December in Paris.

Ambassador Collet on her part said France is desirous to strengthen its longstanding bilateral relation with Ethiopia.

She said France has targeted to expand French language in secondary schools in Ethiopia.