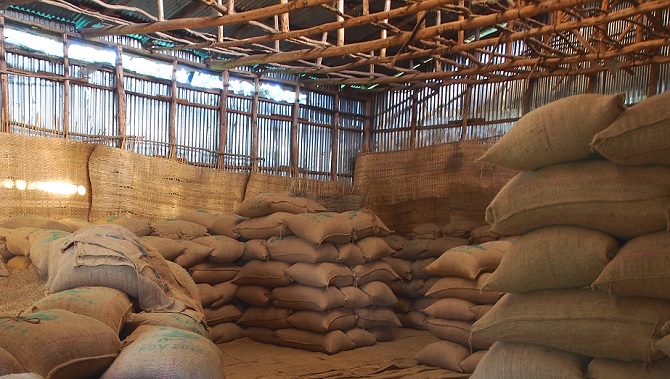 ADDIS ABABA (HAN) July 15.2016. Public Diplomacy & Regional Security News. By Yohanes Jemaneh. The Agriculture Bureau of Oromia State announced that it has prepared four billion seedlings for transplantation across the state. The bureau said that the seedling program is aimed at controll flooding.

Briefing journalists Tuesday, Bureau Head Teferi Tiyaru said that out of the already prepared seedlings 50 per cent is animal fodder and the remaining covers fruits.

He said that the bureau has been working on the rehabilitation degraded natural elevation and increase forest coverage. Accordingly, he said, depleted natural resources have been rehabilitated. Thus, the seven per cent forest coverage has increased to 15 per cent.

According to him, efforts to conserve the natural resource enabled the state to boost agricultural productivity. He attributed the success to the coordination among leadership, farmers and other stakeholders.

Most importantly, he said, the participation of farmers was intensified and millions of jobs have been created for local residents.

The head said the rehabilitation programmme carried out in East and West Harerghe and North Shoa Zones has enabled the local people to resist the impacts of the recent drought.

According to Teferi, efforts are underway to nurture the trees by transplanting along side of the basins and trainings have also been offered to residents.

This main rainy season, the seedling transplantion programme would be undertaken until mid-July 2008 EC.