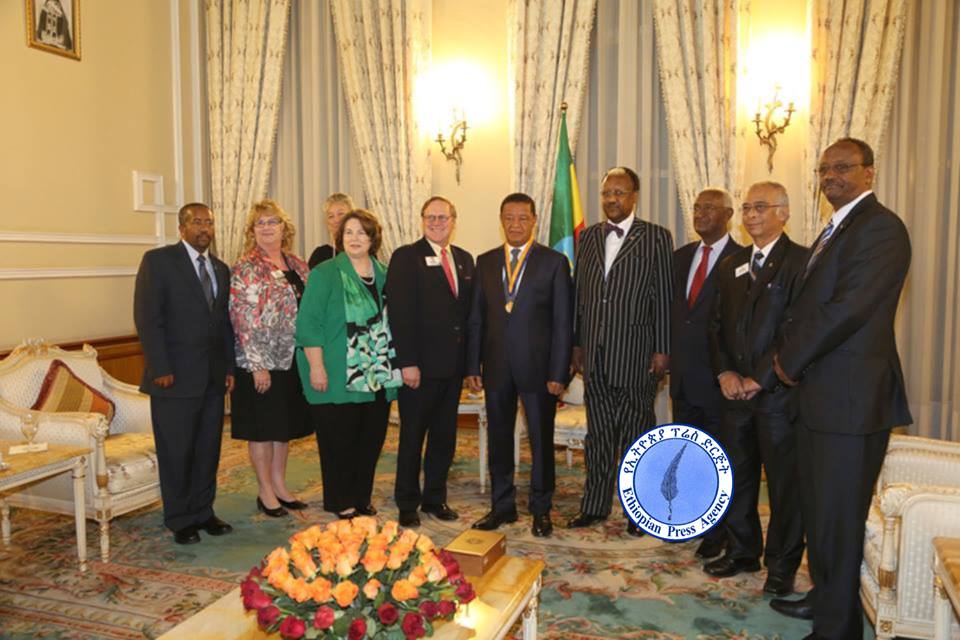 ADDIS ABABA (HAN) February 2, 2016 – Public Diplomacy and Regional Stability Initiatives News. The Lion International Foundation awarded a leadership medal to President Dr. Mulatu Teshome for his outstanding contribution in the efforts of realizing the mission of the foundation and eliminating trachoma, river blindness and other related diseases across the country.

The President had talks here yesterday with Foundation Chairperson Joe Preston, Ambassador Mary Ann Peters of the Carter Centre and others to discuss ongoing efforts made by the government of Ethiopia in collaboration with partners. The Carter Centre and the Foundation have been working to eliminate trachoma, river blindness, guinea worm from Ethiopia in 2020.
President Dr. Mulatu thanked the Foundation and the Centre for their contribution and efforts in the health sector to eliminate such diseases from the country. The President as well assured the delegation that the government would sustain its support to their effort.

“We are working with the government to make a progress to eliminate these diseases and make a difference,” Preston said. The Foundation as well planned to increase the number of clubs that work in such areas.

Ambassador Ann noted that the Centre would be delighted to work in the area in partnership with the government and Foundation especially in Amhara State.

So far, over 13 million people have benefited from the Foundation support since 1966 in Ethiopia. There are 15 clubs working in the country under the Foundation which has over 1.4 million volunteers across the world.