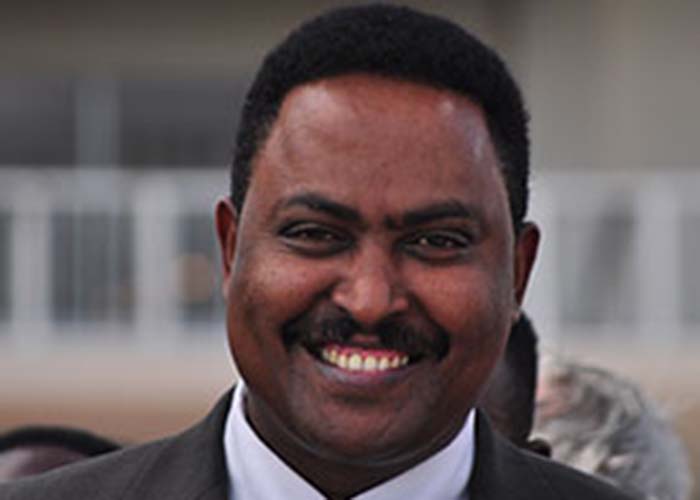 Washington (HAN) August 15th, 2017 -Public Diplomacy & Regional Security. According to opinion by.Baraki SAID “Ethiopian diplomatic power is growing every year because its economic influence growing in the world. Military Ethiopia is the boss in East Africa. President Trump is all about fighting terrorism so not only the terror groups in Washington DC, but also the once in Eritrea will be wiped out very soon and no one is going to oppose Ethiopia to do what ever it wants at the UN

In 12 July 13, 2017, H.E Dr. Workneh Gebeyehu, Foreign Minister of the Federal Democratic Republic of Ethiopia briefed, , members of US Congress as well as their Foreign policy advisers, legal assistants and staffers at the United States Congress. In his briefing, the Minister stressed that the contemporary foreign policy of Ethiopia is based on promoting the national interest of the country based on domestic reality. The Minister further elaborated that his government’s Foreign Policy, which is all about fighting poverty and bringing about inclusive and sustainable development, is the mirror reflection of the domestic policies of the country.

According to Dr. Workeneh, the establishment of industrial parks, mega hydro – power projects, linkage in infrastructure with neighboring countries and hosting major international and regional summits could also be attributed to the sound foreign policy and strategy charted out by his government. In the Minister’s account, for the last two decades, the foreign policy of Ethiopia has given utmost priorities to sustained economic development, building a democratic system and ensuring peace and stability to the benefit of the Ethiopian peoples. On regional matters, the Foreign Minister said, Ethiopia is very active in the promotion of peace and stability in the sub-region.

The participants commended the role Ethiopia played in the stability of the Horn of Africa and called for more similar discussions to be held in the future. They also raised questions related to adoption from Ethiopia, the capability of Ethiopia to manage drought and the state of emergency.
Meanwhile, Dr. Workeneh Gebeyehu also met with members of the US Senate. He held an extensive discussion with Senator Bob Corker, Chairman of the Senate Foreign Relations Committee which is the highest body of

the Senate in charge of foreign policy of the United States. Senator Corker on the occasion said that Ethiopia and the US have strong ties that date back to more than hundred years, adding that Ethiopia has been a friend of the United States of America. Senator Bob Corker also commended Ethiopia’s contribution in the stability of the Horn of Africa, noting that Ethiopia is an anchor of peace in the region. Dr. Workneh on his part briefed Chairman Corker about the ongoing developments in Ethiopia and called for American investors to invest in Ethiopia. Dr. Workneh also met with Senator Inhofe and expressed his desire to further deepen Ethiopia-America ties. Senator Inhofe who has known Ethiopia for the past 40 years commended the developments in the country.

Dr. Workneh is in the USA to attend the forum on Global Coalition to Counter ISIS. The Foreign Minister also met with Deputy Secretary of State John J. Sullivan and Senators in the course of his official visit in the United States.