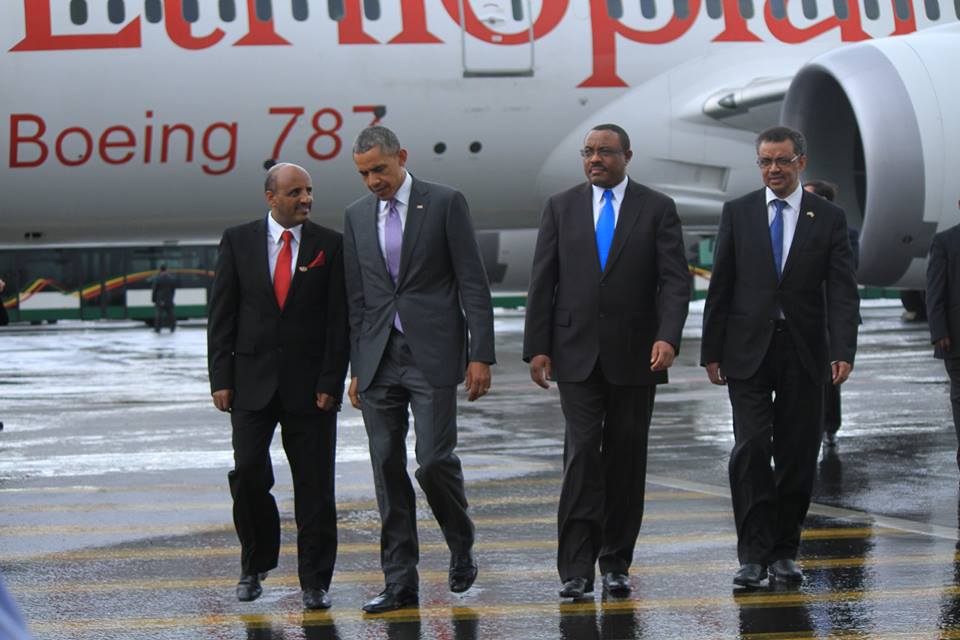 The project entitled “Strengthening Climate Information and Early Warning Systems for Climate Resilient Development and Adaptation to Climate Change in Ethiopia – (SCI-EWS)” will be implemented over a span of three years at a total cost of EUR 1 million.

Speaking at the launch, Ato Alemayehu Tegenu, Ethiopia’s Minister of Water, Irrigation and Energy, noted that:

“Enhancing the capacity of the country’s National Meteorology Agency by promoting strategies that effectively manage risks; reduce vulnerability; and maximize opportunities associated with climate variability, change and extreme weather events for different socioeconomic sectors, is central to our commitment to build a fully climate resilient green economy by 2025.”

Improved service delivery and cost recovery systems as a result of the project, are expected to generate additional income for the Government to ensure the future sustainability of the system together with the National Meteorological Agency.
Justus Kabyemera, AfDB ClimDev-Africa Special Fund Coordinator further stated, “This project exemplifies the importance of the ClimDev-Africa Special Fund to help mitigate the challenges associated with gathering and relaying important climate-related information on the continent – a critical step to help countries deal with climate change-related risk. In countries such as Ethiopia, in which climate change is not only recognized as a real threat, but as an opportunity as well, working towards sustainable adaptation and mitigation will help it achieve rapid economic development by promoting safe agricultural investments and boosting industrial growth.”
In addition to Ethiopia’s Minister of Water, Irrigation and Energy and staff, the launch was also attended by representatives from the Ministry of Finance and Economic Development, the African Union Commission, the United Nations Economic Commission for Africa, the African Development Bank (AfDB), ClimDev-Africa, and non-governmental organizations.

Following the launch, relevant National Meteorological Agency staff attended a three-day workshop on AfDB project implementation rules and procedures, such as procurement and monitoring and evaluation.
Ethiopia is the first country to benefit from the Fund.

ClimDev-Africa Special Fund:
Launched in November 2014, the ClimDev Africa Special Fund (CDSF) is the funding arm of ClimDev Africa, a joint programme between the African Union Commission, the United Nations Economic Commission for Africa and the African Development Bank. Housed at the ‪#‎AfDB‬, it is a demand-led fund that pools resources to finance investment activities on the ground across Africa for the generation and use of climate information for climate-resilient development. Grants are provided to projects in line with the ClimDev-Africa Programme’s goal, purpose and results areas and are implemented by national and regional organizations at all levels on the continent.