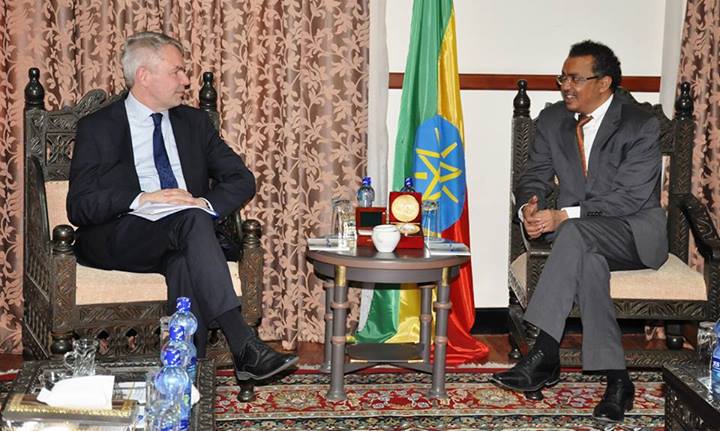 The President said two countries have been working to strengthen political and economic cooperation.

Dr. Mulatu said that Finland is assisting the nation’s effort towards reducing poverty. He said the Finnish government was confined to humanitarian assistance but now has been expanding development cooperation.

Finland’s Nokia company has opened its office in Addis, he said, adding it is appreciable development in the relations between the two countries.

Ambassador Sirpa Maenpaa on her part said that Ethiopia is among countries that her country wants to bolster economic and political cooperation.

She said that Finland has been financially supporting Ethiopia’s development activities including education, water and sanitation, land administration and agricultural development.

According to the ambassador, the two countries are working to ensure peace and stability in the horn of Africa. Finland also needs Ethiopia’s support to strengthen its relations with other African countries.