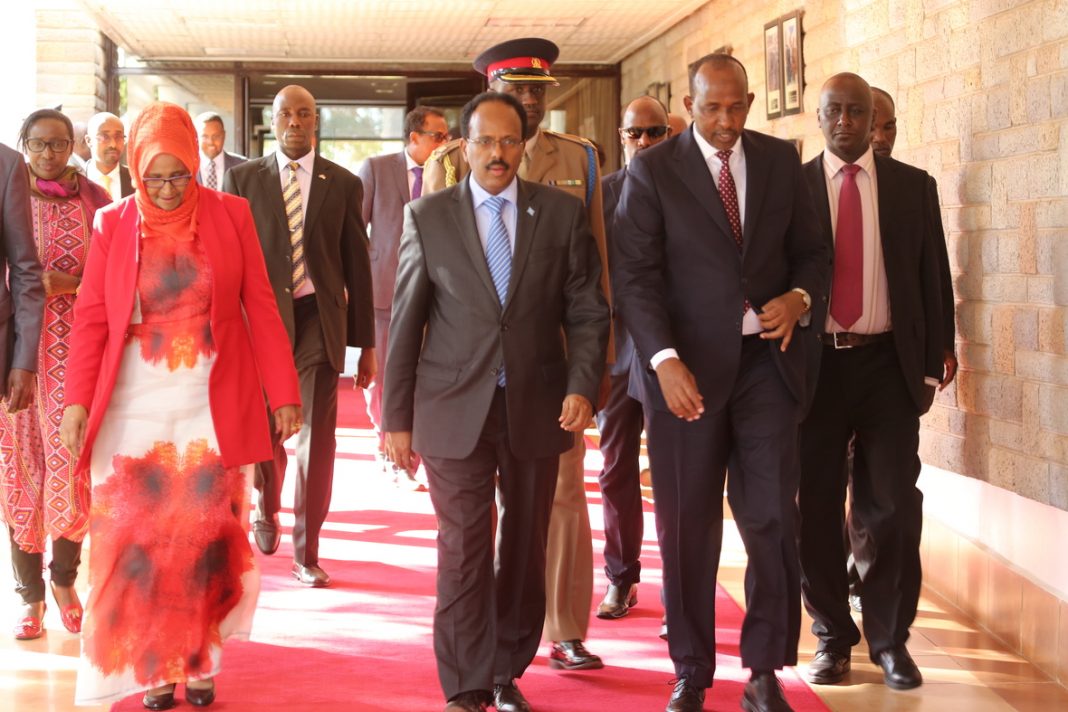 Addis Ababa (HAN) 30 April, 2017 – Public Diplomacy & Regional Security for Stability.
The official visits of Somali President Mohammad Abdullah Farmaajo to addis Ababa at the official invitation of Ethiopian Prime Minister Haile Mariam Desaline, for regional safety, security and strategic partnership between the two brotherly country, will start this week,  according to the Ethiopian diplomat in Djibouti.

According to IGAD official, the talks between the Somali president and the Ethiopian prime minister will focus on ways to strengthen bilateral relations, the situation in Somalia and regional issues of mutual concern.

The IGAD official said, the security and humanitarian issues will be the major in the talks between the two leaders.

In the same context, an African diplomatic source revealed that the Somali president will meet during his visit to Addis Ababa, the Chairperson of the Commission of the African Union, Musi Faki.

The AU diplomat in Addis Ababa, said that the meeting of president Mohamad Abdullahi Fermago and Faki will focus on issues of security and stability in Somalia, and the fight against terror led by the Al-Shabaab militants in the region.