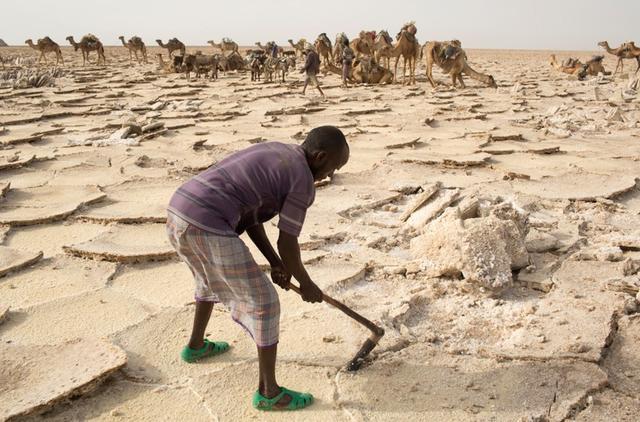 CAPE TOWN, Feb 5 (Reuters) – Ethiopia will finalise reforms for its underdeveloped mining and oil sectors within the next two months as it seeks to encourage more foreign investors, its mines and petroleum minister said on Tuesday.

The country has already cut taxes for mining companies in recent years but the government wants to attract more foreign investment and ease a dollar shortage in the country.

Mines and petroleum minister Samuel Urkato said promoting the mining sector had become a priority and indicated that further tax incentives were on the cards.

“We are reforming all the laws, the national mining policy and the strategy that goes with that policy. These reforms include all fiscal regimes too in order to compete for global mining investments,” Samuel told Reuters on the sidelines of the African Mining Indaba in Cape Town, South Africa.

Newmont Mining is among a number of gold companies now prospecting in Ethiopia and Norwegian fertilizer maker Yara International plans to build a potash mine and a fertiliser factory in the country.

Other companies, however, have been put off by poor infrastructure, a shortage of skilled professionals in the sector, as well as a lack of transparency in licensing, industry consultants in Ethiopia say.

Australia’s BHP pulled out in 2012, while Israel Chemicals terminated a potash project in 2016 amid a tax dispute and claims the government had failed to provide infrastructure.

Since coming to office nearly a year ago, Prime Minister Abiy Ahmed has announced shake-ups across industries, including plans to open up the once closely guarded telecommunications, logistics and power monopolies.

Massive government investment in infrastructure has helped make Ethiopia one of Africa’s fastest-growing economies, but exports of garments and other products have struggled to take off, meaning the economy is not generating enough dollars to pay for imports.

Encouraging the mining sector could help. Though still small, it brought in $3.5 billion in foreign direct investment in the past five years, helped by new incentives that included updating the country’s geological data, extending duty-free access to companies engaged in exploration and offering to build infrastructure to accommodate mining sites.

The government reduced the corporate income tax rate for miners to 25 percent two years ago, from 35 percent, and more recently lowered the precious metals royalty rate to 7 percent, from 8 percent.

The current law guarantees the government a 5 percent minimum equity stake in projects – a lower share than many other African countries.

While the government is keen to reap its share of mining revenues, Samuel said it planned more incentives to jump-start the industry.

“We will see later how to improve these royalty and fiscal regimes. We will gradually improve the size of royalties,” he said. (Additional reporting by Aaron Maasho in Addis Ababa Editing by James Macharia and Susan Fenton)