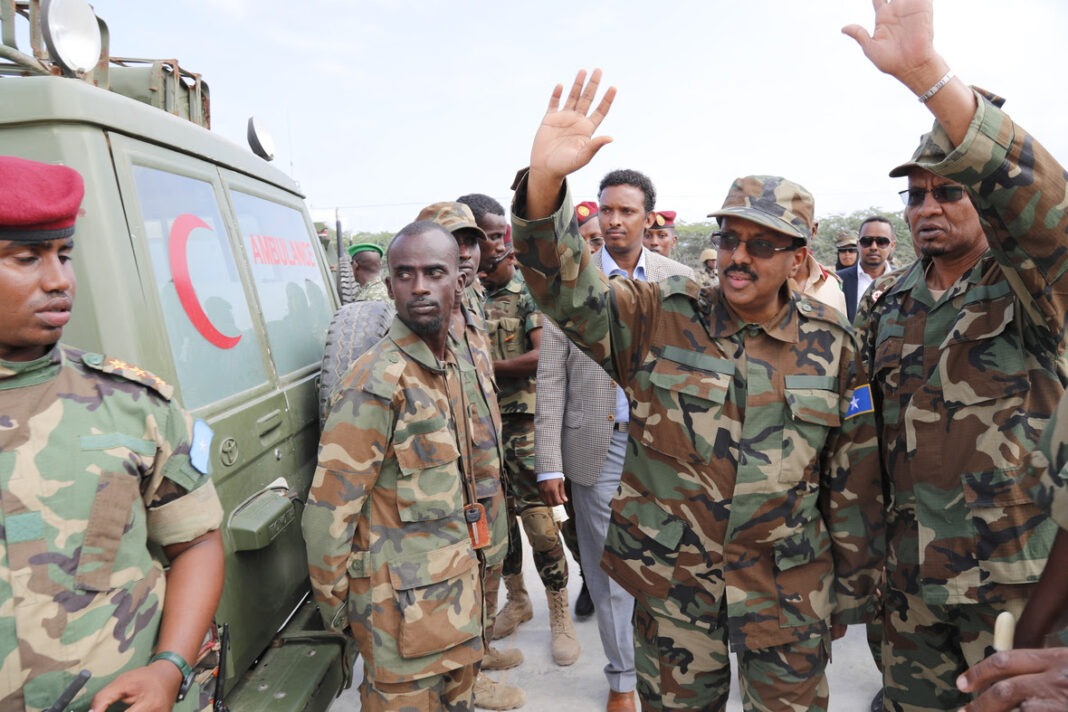 Addis Ababa (HAN) November 28, 2020. Regional Security and Tigray conflict  updates. There are growing reports that the Somali military (SNA) is fighting alongside Eritrean forces inside Tigray region, according to Bashir Hashi Yusuf @BashirHashiysf.

“The Somali army has crossed the Eritrean-Ethiopian border and it  has been confirmed  that hundreds of Somali troops have been seen in Adigrat fighting alongside the Eritrean army.”

President Farmajo denied in series of phone calls that the SNA soldiers participated fighting alongside  Eritrean or Ethiopian troops inside Ethiopian territories, and also denied  reports and   facebook articles  published by the TPLF sources. The Horn of Africa Newsline (HAN), however, has multiple sources who confirmed that the unites of Somali regional militias known us “Liyuu police” from Dire dawa and Shinile area were deployed inside Tigray region. The Somali Liyu police are currently fighting alongside Amhara regional forces against Tigrayan forces.

The fact that the Eritrean and Ethiopian national defense with Amhara militias in Amhara regional State  are one of the national units at the frontline fighting TPLF rebel forces defending Mekelle and Eritrean borders.