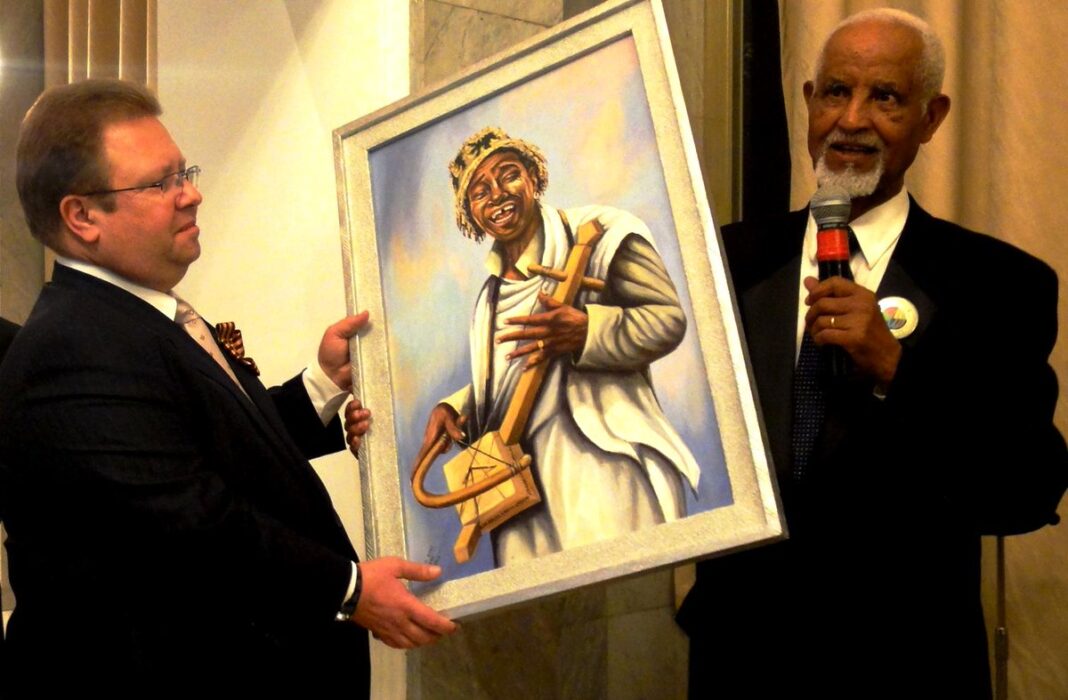 Addis Ababa — Ethiopian legend painter Lemma Guya has died of natural causes at the age of 92 at his home town in Bishoftu on Monday..

The body of late Lemma Guya will be laid to rest in his home village on Thursday October, 29, 2020.

Born in 1921 in Ada’a Libena Woreda, some 40 kilometers South of the capital Addis Ababa, Lemma was renowned painter that able to put the finishing touches on his goat skin-canvas portraits of the 53 African leaders who founded the Organization of African Unity (OAU) in 1963.

Lemma, best known for his goat skin-canvas portraits, is one of the greatest painters in Ethiopia.

In 1983 he established an art gallery called Lemma Guya Art Gallery in the town of Bishoftu, in Oromia Regional State. The gallery later promoted to African arts and training museums where potential African artists began to come for study.

Over the past 60 or more years, he had been discerningly capturing the life style of humankind in his unique skill of using “goat skin canvas.”

He has painted numerous portraits and avant-garde artistic works out of which the “African Monalisa of 21st Century” is one of his works via which Lemma Guya displayed he has touched the peak of his calling-painting.

Lemma Guyya awarded for his works in Latin America and received honorary degree from Jimma University in 2015.

He is survived by three daughters and two sons.

His three daughters-Tigist, Netsanet and Selamawit- are all trained painters in New York City and one of his sons is a graduate of painting from Nigerian Arts College.