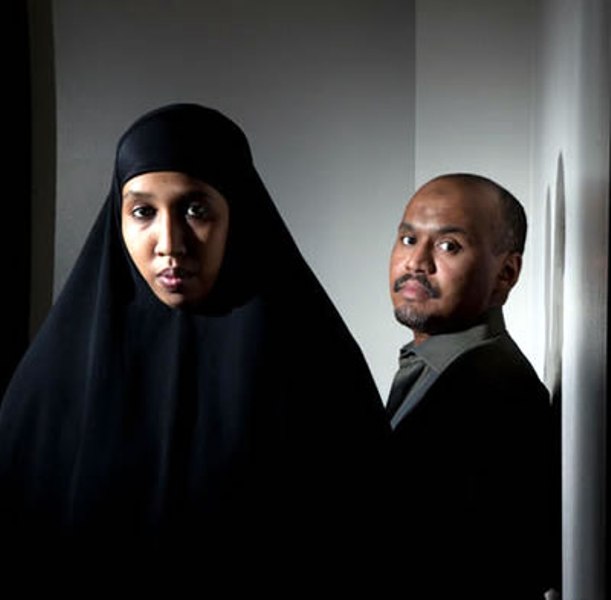 Said Maktal moved to Sydney this summer to attend Cape Breton University, bringing with him years of documentation and a determination to see his cousin freed.

Bashir Makhtal has been in prison in Addis Ababa since 2007. A court found the 45-year-old guilty of three counts of being a member of a terrorist organization in 2009 and sentenced him to life in prison. Makhtal has denied the charges.

Makhtal was born in an ethnic Somalian region of Ethiopia called Ogaden. He moved to Somalia at age 11, then fled the country when he was a teenager, eventually arriving in Canada as a refugee in 1991.

He became a Canadian citizen in 1994 and holds no other citizenship.

Makhtal lived, studied and worked in Toronto. In 2001, he returned to Kenya to run a used clothing business, which often took him to Somalia. He was in Somalia when Ethiopia invaded in December 2006 in a move against the Council of Islamic Courts, a group that controlled much of Somalia’s south.
Group of 41 foreign nationals arrested: Makhtal was a member of a group of 41 foreign nationals captured at the border between Somalia and Kenya.

Maktal has been lobbying for his cousin’s release, and says his health is deteriorating.

“They find something to do with his neck, we don’t know what it is. Maybe it could be cancer, maybe it could be something else. There is something coming out of his leg. I just found out completely the left side of his body is not doing well, because he hides it,” said Maktal.

He says his cousin doesn’t report all of his injuries out of fear of retaliation.
Said believes his cousin would be returned if the Canadian government made it a priority.

“The reality is Bashis is not a Caucasian. Bashier is not a Christian. He is a Muslim-Canadian black man sitting in prison. I hate to admit this, but this is the reality of what’s coming up. Why are they picking and choosing?” he said.

The case has caught the attention of Amnesty International. The human rights group says Makhtal did not have a fair trial and Canada needs to step up its efforts

“So we’ve been recommending that it’s time for Canada to make it an issue at the very highest levels of exchange. From the prime minister directly to the Ethiopian prime minister, to make it clear how seriously Canada takes that,” said secretary general Alex Neve.

“To this point in time the Canadian government has declined to do so. The prime minister hasn’t become involved and we think that’s very regrettable.