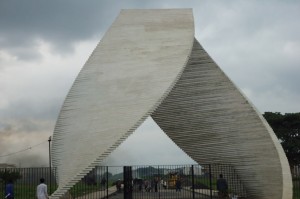 According to IPI, this gathering is expected to discuss a wide range of issues on using potassium as a fertilizer to keep soil fertile. More than 70 universal agricultural experts and researchers are expected to gather in Hawassa town 267km to the south of the capital, Addis Ababa. “For the first time, Ethiopia has started to distribute potash fertilizers to farmers in areas where it is urgently needed. This is no less than a dream come true! And is an exciting story we intend to share with symposium participants,’’ says Tekalign Mamo (Prof.) until recently, adviser to the Ethiopian Minister of Agriculture, UN special ambassador for the 2015 International Year of Soils, and senior adviser (East Africa) for IPI.

According to IPI, land degradation worldwide costs an estimated USD10.6 trillion every year and presents a huge challenge to future global food security. In sub-Saharan Africa, including Ethiopia, soil nutrient-depletion is directly related, where fertilizer use and agricultural productivity rates are the lowest in the world. Many African countries use little or no potash fertilizers, which are crucial for balanced fertilization and sustainable cropping systems.

The first symposium on potash and soil balancing was held in Addis Ababa in September 2014 where a number of researchers gathered to discuss the benefits farmers would have using potash as fertilizer in addition to UREA and DAP. As Ethiopia is known to have a massive potassium deposit in the Danakil Depression in the North-East of the country, the Canada-based Allana Potash and France-based Yara International has been active to have invested sighting the future export market. Tekalign previously told The Reporter that the MoA had already identified about  nearly 300 rural districts well known for teff (the country’s staple crop) production that have already started using potash as a chemical fertilizer to keep soil fertile enough. In Ethiopia and sub-Saharan Africa, land degradation and soil nutrient-depletion is a huge problem affecting crop production. reporterethiopia