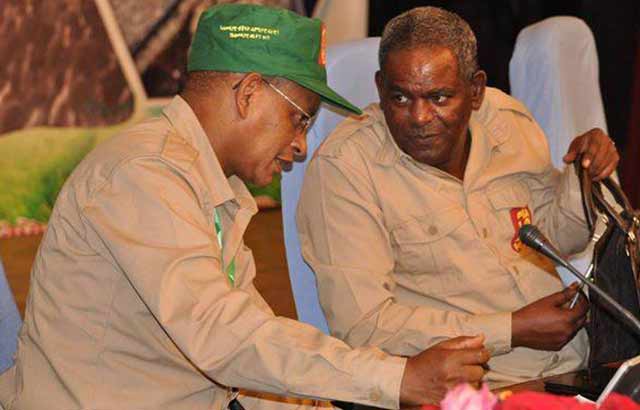 Axum (HAN) November 29th, 2017 – Public Diplomacy and Regional Community Reports. The ruling party of Ethiopia, the Tigrayan People’s Liberation Front (TPLF) Central and Executive Committees closed meeting well be concluded soon. Many people are waiting what the outcome would be after such a long allegedly brutally honest criticism and self criticism between the central committee members.

One thing is for sure, after this meeting there will be change in all levels of leadership. The expectation is the change will go deep down to the core of the TPLF to galvanize the organization and infuse it with the new educated and energetic generation.

What is your expectation when the TPLF central committee concludes its meeting?

Lemlem said: The language must be Geez/Tigrignea, English as medium is suicidal . English must be given as a choice, not as medium. Wrong proposition on that.
I do not agree on condemning all Amhara and Orromo by generalizing. The problems are only the elite Amhara and elite Oromos like the elite TPLF who has done many mistakes.
Without solving the Ethio-Eritrea problem, it is impossible to make a physically realizable development because to do development there must be commercial infrastructure such has roads, electricity, water, port. Using Adulis and Massawa is not a choice but a must . This must be addressed as soon as possible. Both Tegarus from both sides are now migrating to the middle east and ending either drowning, organ harvest crops and slavery across the middle east. This is created by Woyanes and Shabia.

The Amhara and Oromo elites will shut up when both Tegarus unite because they know what they can do both together. The Ethio-Eritrea is an overdue and needs a final nailing so that both Tegarus do not have to live this. I am serious. The so called struggle of Woyane and Shabia has been benefiting only Oromos. The only people who are benefit too much in Ethiopia are Oromos. But they do not appreciate it and they are also those making trouble against development and by demanding meaningless and endless demands.

I hope the ethnic Federalism will be dismantled into geographic one and kill the fake and baseless Oromia propaganda. They are saying there was a country called Oromia colonized by Ethiopia. You may not believe, I have seen Oromia recognized as country with flagand with language in parallel with Ethiopia. You may not believe this, but ask your Ambassador in Ottawa to go Carleton University, the University has put Oromia as country with its own flag, with its own language as independent country. This whole Oromo crap is not about anything but to create another fake country within Ethiopia.

The current system is destroying the north and developing the South. But if the Ethio-Eritrea is resolved, the north will hotter with trade, tourism, and Technology because of the beach of Massawa will attract millions of tourists coupled with Axum and other unique tourist destination such as Bahdar