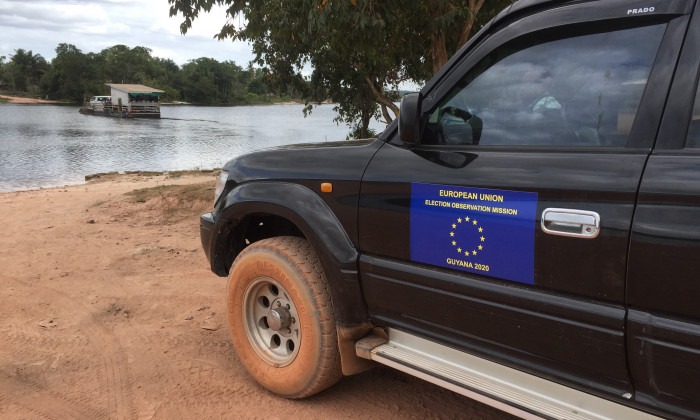 The EU on Monday canceled its upcoming election observation mission to Ethiopia, High Representative Josep Borrell said in a statement.

Borrell said Ethiopian authorities would not agree to key parameters of the election observation mission. “As conditions are not fulfilled, the deployment of the mission has to be cancelled,” he asserted.

“The integrity of an election observation mission is the cornerstone of the EU’s support for democracy,” Borrell said.

“It is disappointing that the EU has not received the assurances necessary to extend to the Ethiopian people one of its most visible signs of support for their quest for democracy,” he later added.

The statement says the EU has given more than €20 million ($24.1 million) to the National Election Board of Ethiopia (NEBE) to prepare for the upcoming elections this summer.

When are the elections?

Ethiopian elections are slated for June 5. The elections were originally supposed to be held in August 2020, but were postponed due to the coronavirus pandemic.

Prime Minister Abiy Ahmed’s Prosperity Party is facing off against ethnic parties based in various regions of Ethiopia.

The Prosperity Party grew out of the Ethiopian People’s Revolutionary Democratic Front (EPRDF), which ruled the country with a tight grip for 28 years from 1991 to 2019.

Hundessa’s killing triggered massive protests in the Oromo region last summer. The Ethiopian government at one point shut off the internet to quell the demonstrations and cracked down on the anti-Ahmed opposition amid the unrest.

The elections come as Ethiopia faces a political and humanitarian crisis in its restive Tigray region, which lies in the northern part of the country.

Ahmed characterized the attacks by the TPLF as “treason” and has ordered a military offensive against the group. The Ethiopian government has been accused of ethnic cleansing in Tigray, although it denies the allegations.

The TPLF has also been accused of war crimes in its operations against the government. Eritrea, which backs Ahmed in the conflict, has also sent troops to Tigray.