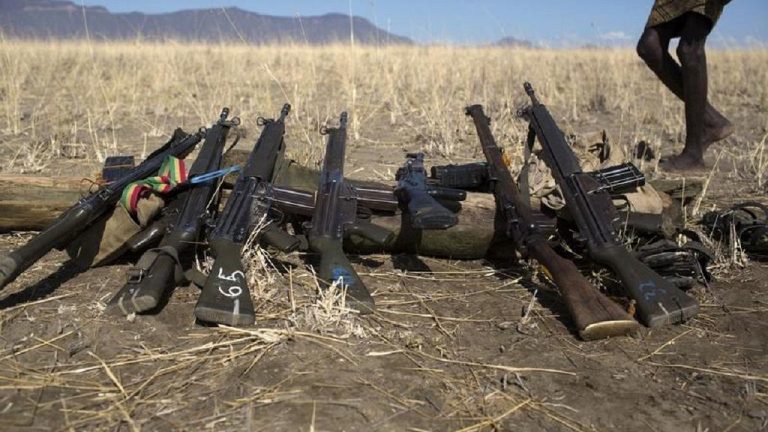 AFP reported that the violence was sparked after an NGO car with an Ethiopian driver ran over and killed two children from the Nuer ethnic group in a camp for South Sudanese refugees.

There have been continued clashes between the Anuak and Nuer ethnic group for many years that culminated to the recent witnessed clashes.

Protesters also attacked buildings and vehicles belonging to the United Nations, which they accuse of helping Nuer refugees.

Gambela has a population of 300,000 but has taken in 270,000 mainly Nuer refugees fleeing the conflict in neighbouring South Sudan. Several different ethnic groups live in the town and violence between them is frequent.