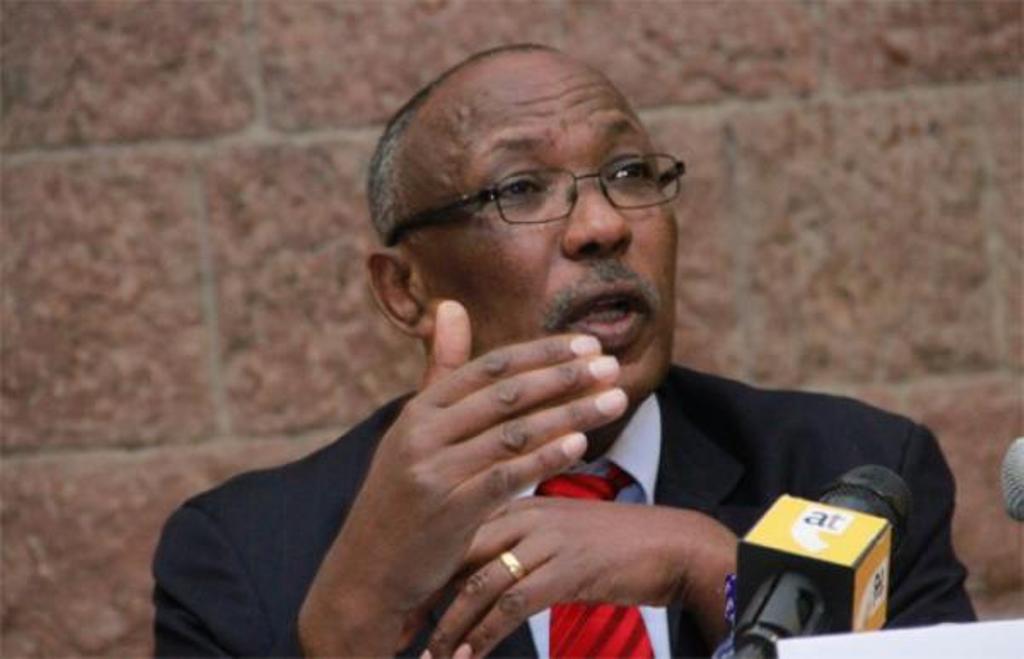 Ethiopia’s electoral roll has risen to its highest ever level in the run-up to the new Ethiopian style politics, with nearly 2,000,000 teenagers aged 17 and 18 given the right to vote for the first time registering for the referendum.

Ethiopia’s fifth National Elections are scheduled to be held on May 24, 2015. Ethiopians who are eligible to vote will be going to the polls to elect representatives both for the House of People’s Representatives and for the Regional States and the two City Administration Councils of Addis Ababa and Dire Dawa. In the run-up to the election, the Ethiopian National Electoral Board (NEBE) is undertaking a number of pre-election preparations and activities.  Successive briefings by the Board indicates that the NEBE is on schedule in carrying out all the major activities that have to be undertaken before the announcement of the election results which will be made on June 22, 2015. These 30 activities, which are now being carried out, were agreed on with the majority of the political parties operating in the country. The NEBE recently announced that out of the 75 registered political parties, 58 political parties had submitted their election symbols in accordance with the required timetable.  Similarly, the dispatch of electoral materials to a total of 547 constituencies and 44,454 election posts is already taking place ahead of voter registration. Registration of candidates started last week (on December 10) and will be taking place between December 10, 2014 and January 6, 2015. Voter registration is being held between January 9 and February 19, 2015.

In a recent interview with the Ethiopian Broadcasting Corporation, Professor Merga Beqana, the Chairperson of the NEBE, highlighted the major activities undertaken by the Board over the previous four years since the 2010 national election.  The Chairperson pointed out that the Board has undertaken a thorough analysis and evaluation of the weaknesses and strengths shown by the NEBE’s performance in the discharge of its constitutional duties when conducting the 2010 elections. It had subsequently undertaken a number of measures to improve its capacity and ensure the primary goal of the elections to broaden and deepen the democratic rights of citizens. Among these activities was the issuance of the laws governing the conduct of the parties, media personnel, election candidates and other related matters. The NEBE has issued a Code Of Conduct for the Mass Media and Journalists on the Manner of Reporting about Elections. It has amended its Directive on the Code of Conduct of Election Officials’ Recruitment at Various Levels, its Directive on the Registration of Candidates, the Directive for the Registration of Electors, and the Directive Concerning the Procedure for the Activities of Public Observers and Representatives of Political Parties and Private Candidates. It has also issued the Regulations Concerning the Procedure for Determining the Apportionment of Government Financial Support to Political Parties and the Regulation on Organization and Procedure of Grievance Hearing Committees established by the Board at every level for elections. In addition, to increase the public accessibility to the laws and regulations, the Board is organizing translations into a number of different local languages.  It has also signed contracts with a number of different media outlets to conduct voter education and introduce election laws to the general public.

Apart from all this, the NEBE has been conducting capacity building activities along with the restructuring of the organization of regional electoral offices. Following a study it conducted, the NEBE itself has been working on improving its own staffing and increasing its qualified personnel.  Professor Merga said, “we are working with a vision of building a strong institution and laying the foundation for an institutional framework that can serve for the coming 30 or 40 years.” The NEBE has also conducted a series of consultative meetings with political parties in a bid to create awareness about the practical application of the electoral laws and regulations. According to Professor Merga, the Board has paid particular attention to raising the level of participation of women. To that end, it has conducted awareness creation training in coordination with women associations in all of the nine regional states and the two city administrations.  Similar training has also been given in association with the youth associations.

Another area of emphasis has been on measures related to ensuring the integrity of the electoral process. Professor Merga said the NEBE “is working to make the playing field level to all parties. “ It has introduced public funding of political parties to help them play their role in the democratization process, organizing a public funding scheme based on the practical realties, including the financial constraints, faced by all political parties in Ethiopia. Professor Merga says the scheme has three categories of support. The first is the election-time support which was started for the 2010 national election when the NEBE allotted 55% of the fund to parties which had seats in the House of People’s Representatives and Regional Councils; 25% was divided among the parties on the basis of the number of candidates they fielded in the 2010 election; 10% of the fund was divided among all parties on the basis of mere participation in the election; and the final 10% was exclusively shared between women candidates in order to encourage participation of women in the election. This formula, Professor Merga says, is unique to Ethiopia: “no other country allots 10% of election funding to women candidates.” This, he said, showed the NEBE’s commitment to encourage women’s participation in public affairs. He noted this support was already having a good impact as the number of women in the Ethiopian Parliament had now reached 28%, a figure that was well above the majority of African countries. Professor Merga added that despite the international practice of making parliamentary seats the major criteria for funding, and criticism from the ruling party “we have not made seats as primary criteria to apportion the fund to make it equitable”.

The second form of support provided by the NEBE is to provide some support to finance the day-to-day activities of political parties. Here, however, the criteria are based solely on the number of seats held in the various legislatures. On this basis, the NEBE, for instance, provided 10 million birr in February 2011 to ten of the political parties.  The NEBE’s third form of support relates to such services as the rental of conference rooms or town halls and the provision of office equipment.

In addition, the NEBE has introduced specific mechanisms to ensure the impartiality of election officers. Professor Merga said “we have introduced a vetting system of election officers by their immediate election supervisors to check that they are not members of any of the political parties.” Election officers will have to take an oath to discharge their duties without fear or favor and mechanisms have been set up to hold them accountable in cases where they are found in violation of the election code of conduct and election laws. Grievance handling procedures, with a strict timeline, have been put in place to review and respond to any complaints presented by political parties. Professor Merga noted the important role now being played by the Political Parties Joint Committee established under Proclamation 662/2009 which governs the electoral Code of Conduct as a supplementary mechanism to address grievances.

Apart from what has already been carried out, Ethiopian Government officials have also underlined the readiness of the Federal and Regional Government administrations to make sure that the importance of the election in the eyes of the electorate. In a session held on July 27, Prime Minister Hailemariam specifically noted that strong public participation was vital to ensure that the election should be free, fair and democratic. He called on all opposition parties to abide by the electoral law and the code of conduct which had been passed by the House of Representatives to make sure that the election would a held in peaceful manner.  Minister Redwan Hussein, Head of Government Communications Affairs Office with the Rank of a Minister, recently met with 17 Ambassadors from European Union countries.  He told the EU Ambassadors that sufficient airtime and news paper columns would be allocated in such a way as to make sure that each party running in the election would be able to disseminate its ideas and programs freely.  He said that, as in the 2010 election, the EPRDF used 80% while the opposition used only 50% of the airtime and column space available in papers, there should be no complaint about shortage of broadcasting time. Minister Redwan noted the possibility of civic associations and public and private media outlets running programs and election debates. This, he said, would allow for additional opportunities for party members to communicate and build up their own constituencies. Mr. Redwan, however, cautioned that any move by any political party to take state power through unconstitutional means would not be tolerated. He said “the government will take action in accordance with the law”. The EU Ambassadors and the NEBE agreed on the importance of capacity building of media personnel as part of the electoral process.

The NEBE’s preparations are all under way to ensure the upcoming national election is free, fair and democratic. At the same time, successful elections will also rest on the commitment of stakeholders to abide by the electoral laws and respect the institutions entrusted with conducting the election by the Constitution. In this regard, the NEBE has shown remarkable progress in encouraging the creation of an institutional framework to encourage increased participation of youth, women and civic society in general and ensure the election will reflect the will of the people. Sources -the Ethiopian National Electoral Board (NEBE).