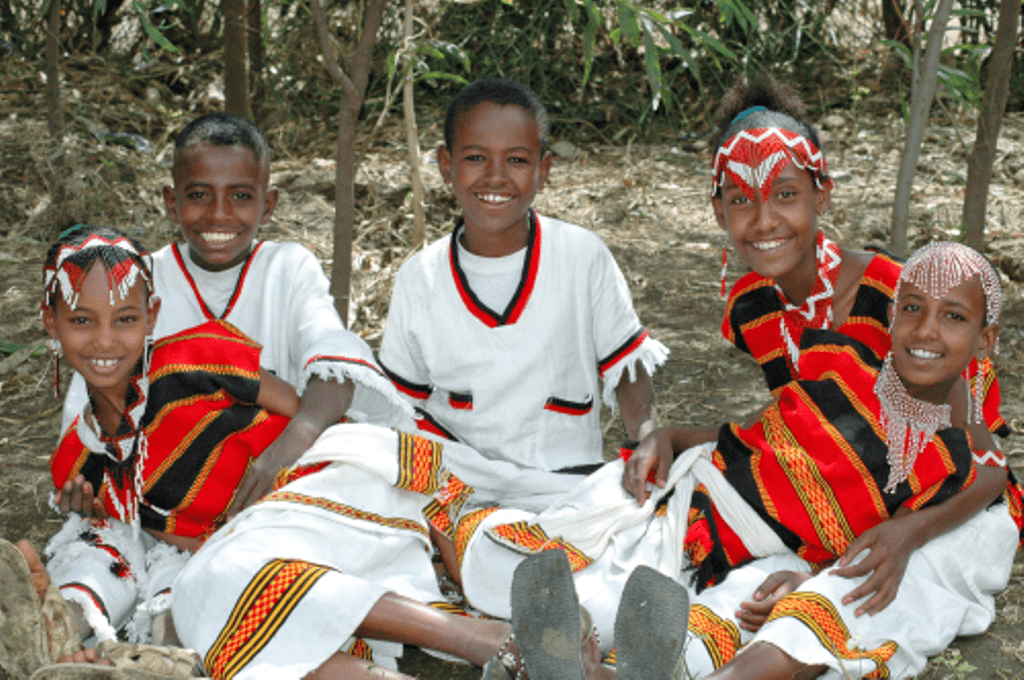 The Christmas celebration in the Ethiopian Orthodox Church is called Ganna. Most people go to Church on Christmas day,  on January 7th, 2015.

This mezmur is taken from an almun called mezmur ze nigs. The zemaris are Besufikad and fasil.

The choir sings from the outer circle. Everyone who goes to church for the Ganna celebrations is given a candle. The people walk around the church three times in a solemn procession, holding the candles.

They then go to the second circle to stand during the service. The men and boys are separated from the women and girls. The center circle is the most important and holy place in the church and is where the priest serves the Holy Communion or mass.

Photo: The Gregorian calendar celebrates Christmas on the 25th of December, Ethiopia still retains the ancient Julian calendar in which Christmas falls on January 7th, 2015.