Home Ethiopia Ethiopia: Ethiopia, Islam and the Muslim World in the Eyes of Dr.... 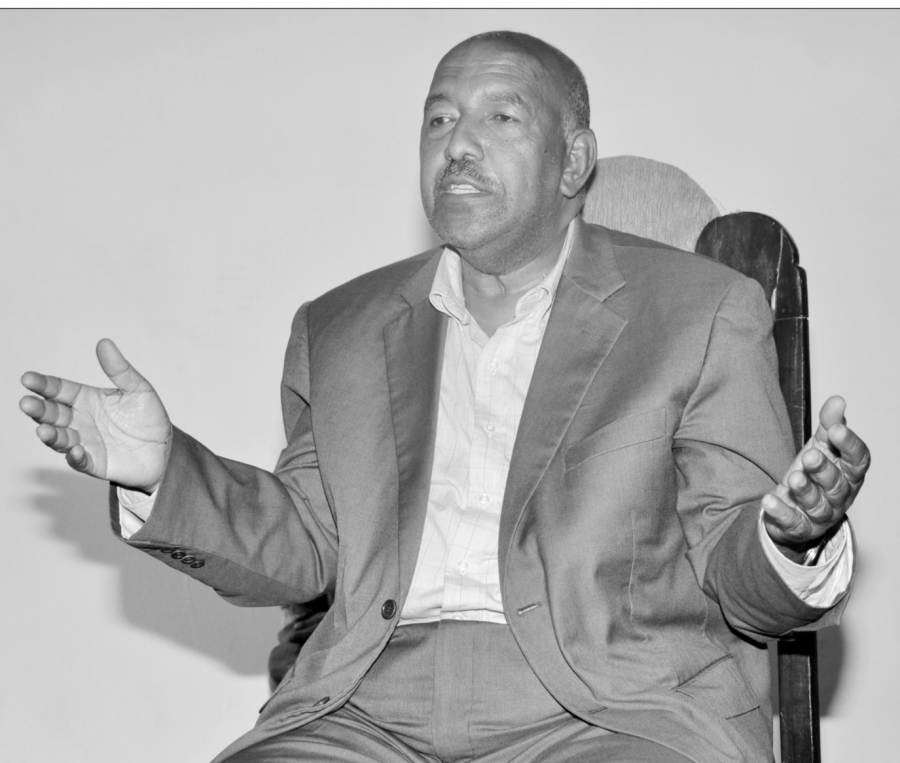 ADDIS ABABA (HAN) February 2, 2016 – Public Diplomacy and Regional Stability Initiatives News. By: Abiy Hailu. Dr. Adam Kamil Faris, 58, was born in the Gefare farmers community of Semen Wollo. When he was seven, he went to Saudi Arabia after the death of his parents, and grew up there under the guardianship of his brother, a citizen of Saudi Arabia. He attended his primary education and secondary in Mecca. Afterwards, he was graduated in distinction with BA in Public Administration, Political Science and Economics from Kind Abdulaziz University in Jiddah in 1982. Then after, he was engaged in tourism business in Ethiopia until his license was taken away by the then socialist regime. He returned to Saudi and engaged in construction business and commerce. Following the regime change in Ethiopia, he also formed his own free press and participated in the Ethiopian media. Finally, he devoted all his time for studying Ethiopia’s place and image in Islam.

Adam received his MA and Ph.D. in Islamic moderation [thought] and Africa and Islam from Riyadh University and King Abdulahi Centre for Tolerance. He again obtained his assistance professorship from Uganda’s Islamic University. Currently, his is carrying out his MA and Ph.D. studies in the early Muslim’s migration to [Abyssinia] Ethiopia and its objectives and the laws formulated during the time of King Negash after he held discussions with the Islamic Migrants. Adam says this ancient experience could be used as a model in this age of migrant mistreatment and crisis. Because the Islamic migrants from Arabia were received with open arms by the then Ethiopian king and people. He says he has been studying these and related phenomenon for the past 27 years.

Journalists from the Ethiopian Press Agency sat down with Adam Kamil to discuss Ethiopia’s Islamic history and its implication for and relationship with the Arab/Muslim world. Excerpts.

On his long studies

Some incidences in my life triggered me to study Ethiopia’s Islamic history . My university teacher once held my hand and told me, ‘You Habesha people, let alone you come to know your honourable place in Islam, you don’t even read what was written about you’. Another Egyptian friend of mine also once told me that if Bilal [Ibn Rabah], [an Ethiopian and one of the most trusted and loyal companions of the Islamic prophet Muhammad], we would have venerated him.

In addition, my strong will to promote the history of king Negash and his role in the spread and emergence of Islam also contributed for my studies. I have conducted and published various studies about the Islamic history of Ethiopia, Ethio-Arab relations, investment in Ethiopia and the likes.

On the significance of his studies about King Negash

Ethiopia is a country which accepted the major world religions. There is no religion which was originated in Ethiopia. Judaism, Christianity and Islam are all originated in the middle east. But Ethiopians has kept their long history, culture and tradition.

There are several mysteries behind the Migration to Abyssinia. When was the Islamic migration to Ethiopia took place? Why Ethiopia was chosen as destination for the migrants? As the last prophet, what was the message of the prophet and the situation of the time? What challenges were faced by the prophet and his followers in Mecca and Median?

While there were four super powers around Mecca (in present Iran, Iraq, Egypt and Ethiopia), the prophet and his follower had the chance and wish to receive support from these supper powers. The Prophet, seeing the tribulations of his followers, he spoke of the Habehsa king as a refuge. Though he did not know and met Negash, he said something about Ethiopia. ‘My faithful, it is better if you take refuge in a safe place and you should go to the Habesha land because it is a country ruled by a just and honest king. And its peoples would not cause tribulations on you’. And at first 12 men and 4 women migrated to Negashi (Axum)[fleeing the persecution of Muslims in Mecca). They received peace in Axum.

When they returned to Mecca after receiving false news that the persecution is over, they gave their testimony to the prophet about how just the king really was. But as the conflict in Mecca persisted, they returned again to Ethiopia with additional 183 people. During their stay, they exercised their religion in Ethiopia with peace.

This created fear among the Quraysh of Mecca who chased the Muslim faithful. They sent diplomatic mission to Negashi in their effort to bring back the Muslims in Ethiopia. They came with a lot of gifts to the king and presented their allegations on the Muslim faithful. However, king Negash decided to talk with the migrants and afterwards organized debate between the migrants and Quraysh. After listening to their points, he decided in favour of the Muslim migrants. This has huge implication for religious freedom and rejection of corruption because he did not accept the gift brought by the Quraysh and stood for justice. The religious freedom given to the Muslim migrants is exemplary during this present time of religious intolerance.

Negash’s act proved the rightfulness of the Prophet about Negash’s character and attracted additional followers to Islam. Hence, without the Prophets foretelling of the reputable character of the king, the first hand testimony of his followers and the truly just character of the king as has been foretold by the prophet, Islam would not be able to attract 1.6 billion followers today. This is the foundation and that is why I say the Arab/Muslim world owe Ethiopia something. Further, Ethiopia is the second country to accept Islam next to Mecca. It is also among the first countries to be named the land of truth in Islam.

On the present historical significance of The Migration to Abyssinia
Some of the refugees/migrants were the closest people to the Prophet. The refugees comprise the Prophets daughter, care-taker (Mother), four wives, and other prominent leaders. These people had special place in the history of Islam. Some of them had died and buried here in Ethiopia. This is a great history but we have not materialized their burial sites as tourist attractions.

On the relationship between Ethiopia and the Muslim world
With all this history at hand, we have not also established strong tie with the middle east and the Arab/ Muslim world because of the previous official policies of the Emperors and the socialist regime. But currently, there is a good initiative.

The people to people relationship between Ethiopia and the Arab world has long history before during and after the emergence of Islam. Further, the royal families of the Gulf region have Ethiopian blood because as it was a custom back in the days to marry Ethiopian woman because of the belief that the children would be courageous. This is specially true among the tribes of Quraysh. There had also been a large number of Arabs residing in Ethiopia for long till recently. There are also large number of Ethiopian origin Arab citizens and Ethiopians who live and work in the Arab world. We can use all these and other strong tie between Ethiopia and the Arab world to attract trade, investment and tourism from the Arab world. But we have not promoted this fact and the media has not also discharged its responsibilities in this regard.

The six gulf countries spend some 32 billion USD for tourism annually. But we have not promoted our tourism potential adequately to attract tourists from the region. We have also need to develop our Arabic language media to promote the right image of Ethiopia in trade and investment to the Arab world.

The Ethiopian Islamic Council has also to work extensively in this regard instead of focusing only on the routine task of facilitating hajj and umrah travel. It has to work mainly for development, peace and prosperity. The council should also take the initiative to coordinating Ethiopian Islamic scholars and organize Islamic seminars and conferences to promote the country history in general and its Islamic history in particular. We have also need to assign capable diplomatic missions in the Arab world who have the knowledge of the culture and language.

I have conducted research on illegal migration and the danger associated with it. My suggestion is that we have to create a skilled manpower because there is a market for such manpower in the legal way, besides preventing migration itself because skilled manpower can find jobs here in their country of origin.

However, generally speaking, because of the on going instability, the Arab world is not a safe place to migrate to. Because of the presence of weak centralized power, those who migrate illegally might be recruited as militias for various rebel groups. This might also result in radicalization of migrants and which would come back here. Further, it is risky to try to cross borders in this time of instability.

In this regard, the Ethiopian Islamic council and our diplomatic missions has to work hard to study and prevent such radicalization of [Ethiopian migrants].