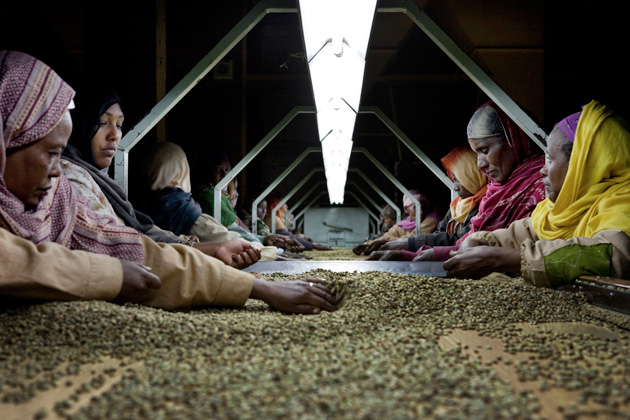 Officially launching preparation for the 15th African Fine Coffee Conference and Exhibition slated for February 12-17, 2017 in Addis, State Minister Wondyirad Mandefro said that Ethiopia will become the second largest coffee producer in the world at least in a decade.

He said: “It is very painful to see that we are left behind over the past century in terms of developing suitable technology that can improve the productivity of coffee in comparison to the developed coffee producers like Brazil and Colombia.”

The conference would be a unique opportunity for Ethiopia to popularize its vision set in the sector, he added.

The conference is believed to be market -oriented bringing together buyers from all over the world. It is expected to gather over 2,000 coffee producers, traders and professionals around the globe. Over 100 exhibitors would also showcase their products ranging from coffee variety, machinery and packing.

As part of the conference coffee farm visit and African barista competitions would be held.

It was learnt that earlier Addis hosted the conference in 2007 and 2011.

Coffee is the second largest globally traded commodity next to oil. Over 2.25 billion cups of coffee is consumed globally. Ethiopia is the birth place of Arabica Coffee known for its fine aroma and taste. The conference would be a unique opportunity to popularize Ethiopia’s vision.