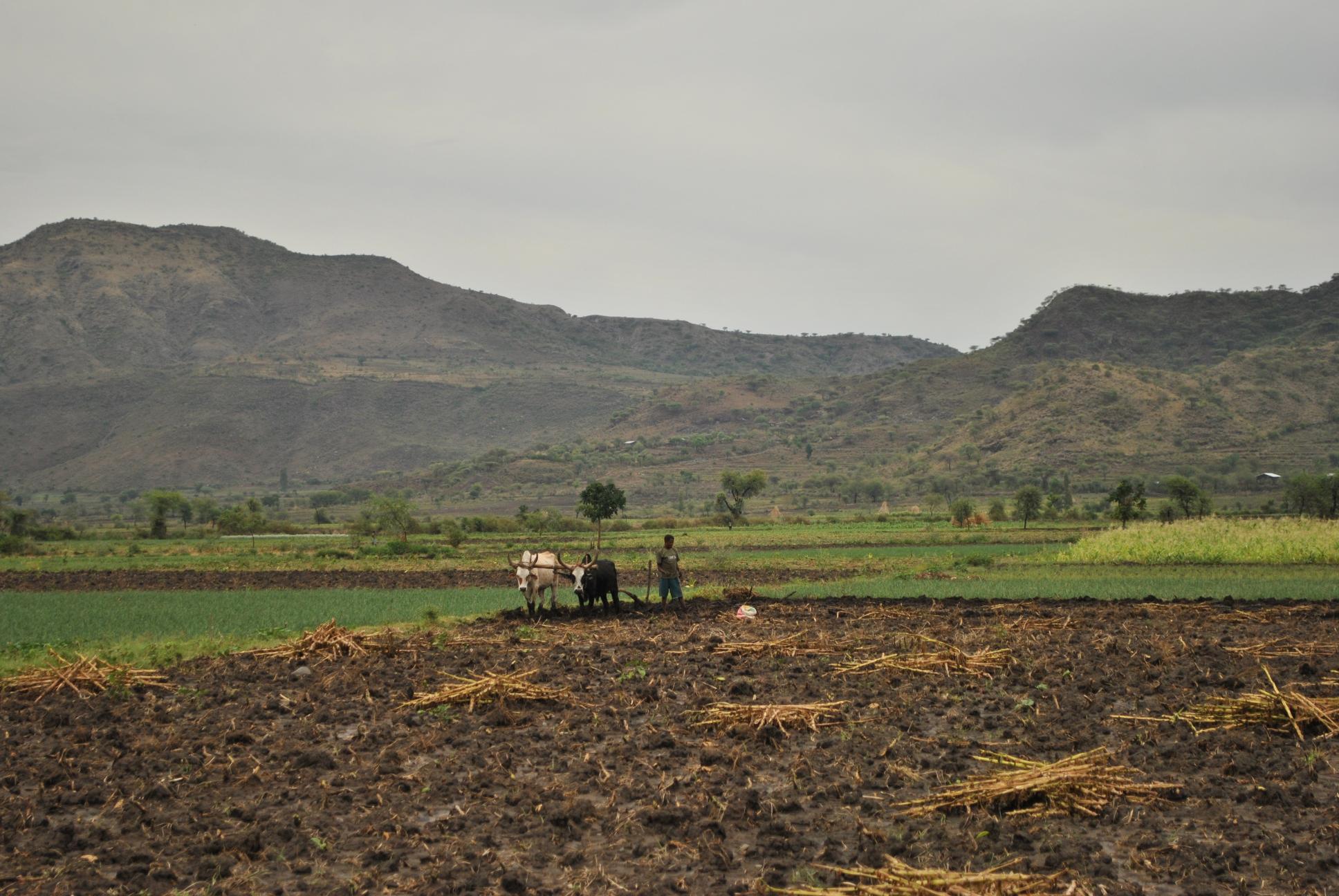 Agriculture is the main stay of Ethiopia’s economy in which small scale farming plays a dominant role. It is a means of employment for almost 85 percent of the population, food supply for the domestic market and is also means of foreign currency earning. Hence, to bring transformation on the nation’s economy, improving the quality of the small scale farming should be a priority agenda and so far various measures have been taken to improve the productivity of the sector.

Recently, while paying a working visit to western Gojam in the vicinity of Bure town, the State Minister of the Ministry of Agriculture and Natural Resource Wondrayed Mandefro said that the small scale farming is the backbone of the economy in improving the productivity of the sector.

As a result, the government continues its support for the sector. Currently, there are various inputs that have been employed on the sector and among others utilizing fertilizers, pesticides, herbicides and selected seeds. With regard to the techniques of planting seeds in row, using irrigation and pre and post harvest work can be mentioned.

The new clustering technique that is being implemented in selected agro-ecological zone is inspiring farmers. Previously, small scale farmers were farming their land in fragmented manner with various type of seeds; for example, some produce wheat others produce maize or pepper within the near distance of the farm land. Since the seeds prefer different kind of seasons and agricultural inputs, such kind of farming is not cost effective. But the new method made a difference and changed small scale farming into the large scale one in the form of mono-cropping.

However, cluster farming encourages farmers to plant similar crops in the same season. With this form of plowing, fragmented small plots turned in to large scale farm. The enlargement of the farm brings opportunity to utilized machinery during plowing time and enable them to use combiner during harvest season.

With regard to decision on the product, each farmer takes his or her own products either for the purpose of consumption or supplying to the market. In the process, farmers have to do their best in maintaining the quality of the crop since quality matters a lot at market. In the post harvesting time, farmers could supply their products in fixed price without the interference of brokers and such approach enhances their bargaining power.

The Wonberma district agriculture office head Melkamu Alemayehu said that before the farmers involved in cluster farming, they were briefed about the benefit they get from this new type of farming and trained. He further said that each cluster is assisted by extension workers; the method has been proved to enhance productivity in the previous harvest season particularly in crops such as maize and wheat.

According to Melkamu in clustering farming, seeds are planted in a row and a number of seed pieces are counted. In a hectare about 68 thousand pieces of seeds will be planted; and based on the effectiveness, the number will be increased. In the current season, in the Wonberma district two thousand hectares of cluster farm plowed with tractor and such practice will be replicated in other part of the district.

In the district, there are 131 clusters. And for this season, 670 kg selected seeds distributed to the farmers in 8 kebeles and planted in 629 hectare of land. The seeds are purchased from a government and 8 seed producing organizations; and to reduce this dependency, farmers are trying to reproduce selected seeds on their own land.

In general, in the district, 147 thousands hectares of land have been covered by maize crop. However, because of price fluctuation and decline of maize and wheat in the market, the farmers are forced to practice crop shifting. Currently, traders purchase 100-kg wheat by 400 Birr and maize by 380 Birr; this price is not feasible to the farmers.

As the result, though the district plan is intended to increase food crops production, some farmers are engaged in producing cash crops such as pepper. They sell a kilogramme of pepper by 55 Birr. And by now 6,762 hectares of land are covered by pepper seedlings and this might have its own draw back on the struggle to ensure food security.

However, according to Melkamu the pepper seed currently being planted has its own short comings. The seed species is lasted for the last 15 years and it must be improved because it is weak in resisting diseases. When it faces uncomfortable situation, it might be totally destroyed.

In order to avert the problem with the cooperation of the Addet Agricultural Research Institute, breeding new species is undergoing. The high moisture areas are not comfortable to the pepper seedlings; hence, farmers diligently work to minimize the moisture content of the soil.

The major objective of supporting small scale farming is achieving high productivity and to that end various techniques and inputs are employed and better results are registered. Improving small scale farming needs uninterrupted work. Currently, through cluster farming farmers produce 80 kg maize per hectare and this amount could be increased if further efforts are made.

As mentioned earlier small scale farming is a back bone of the nation economy though it is highly vulnerable to climate calamities. Modernizing the sector in addition to utilizing better techniques and expanding irrigation are essential because it liberates the sector from dependent on nature.

Summing up, the ongoing support of the sector is exemplary and among others clustering farming, in addition to enhancing productivity, brings market security to farmers. Thus, all stakeholders should stand for the accomplishment of this new package.