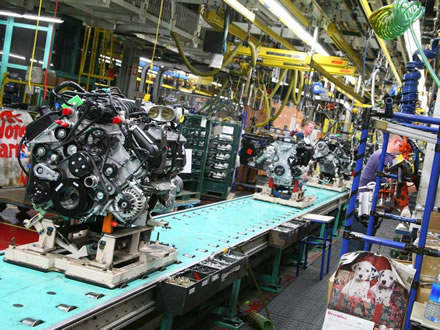 ADDIS ABABA (HAN) February 28, 2016 – Public Diplomacy and Regional Stability Initiatives News.The construction of an engine manufacturing plant, which is the first in its kind in Ethiopia, has been finalized, according to the Metals and Engineering Corporation (METEC).

The plant has the capacity to produce up to 30, 000 engines per annum for water pumps, vehicles and machinery, Major Asefa Yohannes, general manger of the Ethiopian Power Engineering Industry said.

Through process the plant will manufacture tank and jet engines, he said.

In addition to accelerating Ethiopia’s industrialization development objective, the engine plant will serve as a center of excellence for other engineering factories existed in the country, he said.

The engine plant, erected in Mekele town, Tigray regional state, is expected to begin trial production within a few weeks.

Upon going operational, it is expected to create jobs for 1, 500 people.