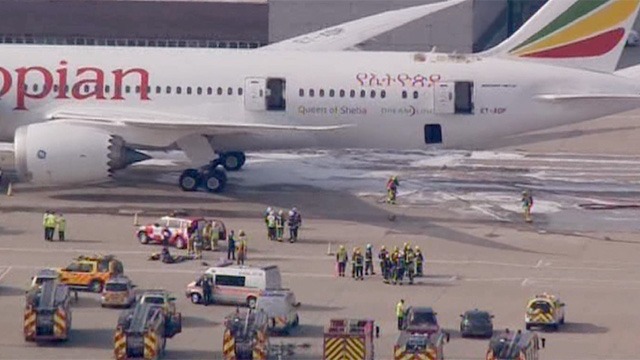 ere trying to discover the cause of an engine problem on an Ethiopian Airlines jet stranded in Dublin after being forced to turn back over the Atlantic on Friday.

The crew of the Boeing 787 Dreamliner returned to the Irish capital after the plane’s left engine signalled a fault following a scheduled stopover en route from
Addis Ababa to Washington.

In a statement, Ethiopian Airlines praised the crew and apologised to passengers, who were later picked up in a second jet sent to Dublin to allow them to complete their journey.

Boeing declined to comment. Engine maker General Electric and the airline both said they had deployed experts to investigate what caused the incident on Boeing’s state-of-the-art lightweight jet.

Irish media reports said that in a separate incident a Boeing 777 operated by British Airways made an unscheduled landing in Dublin on the same day due to a medical emergency. Reuters