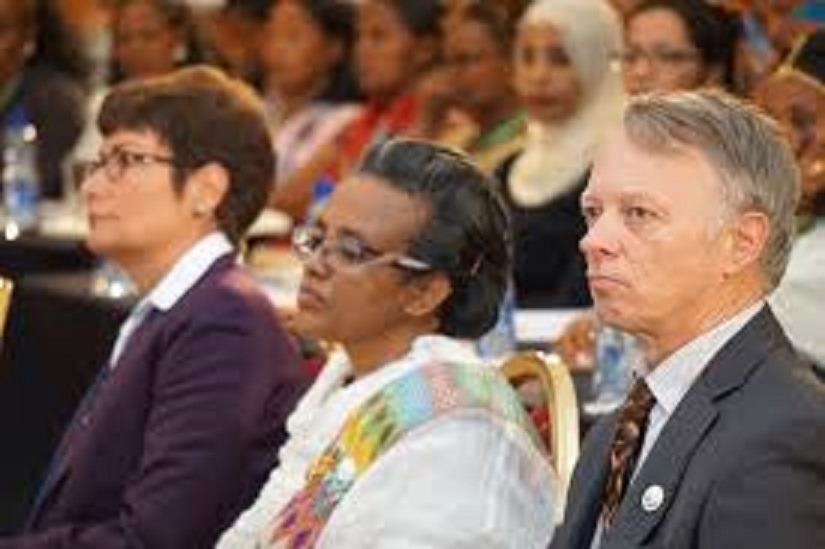 This year’s theme of the day was ˝Empowering Women in Diplomacy˝. Ambassador Dr. Desta W/Yohannes, Director General of Women’s Affairs in Ministry of Foreign Affairs, spoke of the vital role of women as an agents of development in international relations, and in international peace-keeping and peace-building processes.

She welcomed the fact that the Ministry was recruiting an increasing number of younger female diplomats. Ambassador Patricia M. Haslach, the US Ambassador to Ethiopia, also spoke of the necessity of empowering women in diplomacy.

Participants at the occasion underlined the need for equal participation of women in diplomacy and emphasized that the human rights of women should be central to the new post-2015 development agenda. They also underlined their commitment to serve the national interest of their country in the international arena.
Meanwhile: East Africa-Republic of Korea (ROK) Ministerial meeting on public governance concluded in Addis Ababa charting a road map of future partnership in the area of public governance so as to user in a transformative economy, build strong institutions.