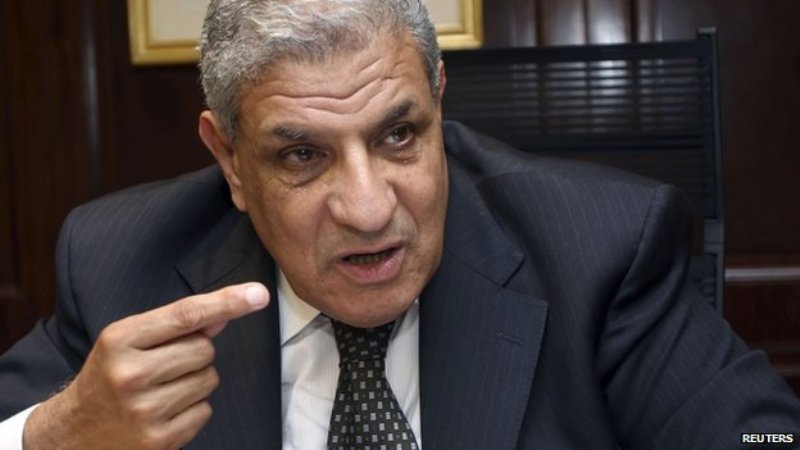 Djibouti (HAN) May 11, 2014. Egypt is keen to interact with Equatorial Guinea at the political level as the African country has always adopted positive stances on Egypt, said Egyptian Foreign Minister Nabil Fahmy, who is accompanying a visiting Cabinet delegation led by the prime minister to Equatorial Guinea’s capital Malabo.

Ethiopia: Egypt undertaken extensive diplomatic efforts about the dam. Egypt’s dispute with Ethiopia over the Grand Renaissance Dam “is not a war,” Prime Minister Ibrahim Mahlab said Saturday.
During a visit to Equatorial Guinea, as part of an official delegation that included the minister of foreign affairs Nabil Fahmy, Mahlab said in a press conference the issue should be handled in the context of a “balance of interests.”

The president of Equatorial Guinea, Teodoro Obiang Nguema, announced on Friday that he will be inviting the newly elected president of Egypt to attend the African Union summit in the central African country in June.
Nguema made his statements to Egyptian media representatives who travelled with interim Egyptian prime minister, Ibrahim Mahlab, to Equatorial Guinea. Interim Prime Minister, Ibrahim Mahlab, along with Minister of Foreign Affairs, Nabil Fahmy, and an Egyptian delegation with the President of Equatorial Guinea. A ‘clash’ between Egypt and Ethiopia over the Grand Renaissance Dam is not the answer, Foreign Minister Nabil Fahmy says during a visit to Equatorial Guinea.
About the Ethiopian under-construction dam is situated near the Sudanese border on the Blue Nile, a Nile tributary. It is set to be the biggest hydroelectric dam in Africa, producing as much as 6,000 megawatts of energy.

Egypt has repeatedly expressed its concern that the dam will affect its share of Nile water. The Ethiopian side insists this will not happen.

“Ethiopia has the right to generate electricity, but at the same time, Egypt’s right to life, represented by the Nile’s water, shouldn’t be compromised,” Mahlab said in a.

He denied any possibility of clashes between Egypt and Ethiopia, adding that the historic relationship between the two nations was the basis for shaping future relations between them.

A balance of interests must be guaranteed, Mahlab said. Ethiopia can produce electricity and Egypt can take water.

Mahlab said that during meetings with officials in Chad, Tanzania and Guinea, he had heard their desire for Egypt to return to the African Union (AU).

Egypt was suspended from the AU following the ouster of president Mohamed Morsi last July. However, the union said Egypt’s membership can resume once a democratically elected president is chosen.

A “clash” between the two countries over the dam is not the answer, foreign minister Fahmy said at the same press conference.

He added that Egypt had undertaken extensive diplomatic efforts over the past three months to explain its reservations about the dam.

Nabil also said that Egypt was seeking to meet with Ethiopian and Sudanese officials to explain its point of view and persuade the two countries to engage in serious negotiations.

Egypt, Ethiopia and Sudan formed a tripartite technical committee to study the possible effects of the Renaissance Dam and to try to reach a consensus on the project. However, the three countries’ negotiations reached a stalemate last December. Al-Ahram

Mahlab, during the visit, conveyed a message from President Adly Mansour to President of Equatorial Guinea Teodoro Obiang Mbasogo on bilateral relations and the situation in Africa.

The ministers of foreign affairs, petroleum, health and housing who were among the delegation, held meetings with their counterparts in Equatorial Guinea on means to boost joint cooperation in various fields.