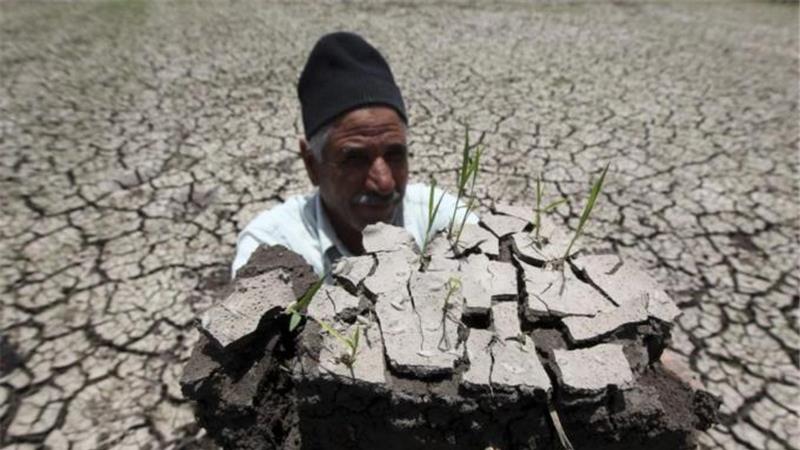 But now a small, relatively cheap plow has changed all that, allowing him to nearly double the yields of his two acres of wheat, arranging it in neat, raised beds with smaller furrows that require a third less water. “It saves us much labour, seeds and effort,” Sheikh said, calling it a “blessing” for his family, eight of whom help work the plot.

The plow could one day help Egypt alleviate water shortages that threaten to cripple the Arab world’s most populous country in the next decade. Several groups are offering technologies and techniques to conserve the precious resource — only a quarter of which is absorbed by crops — but time is running out. 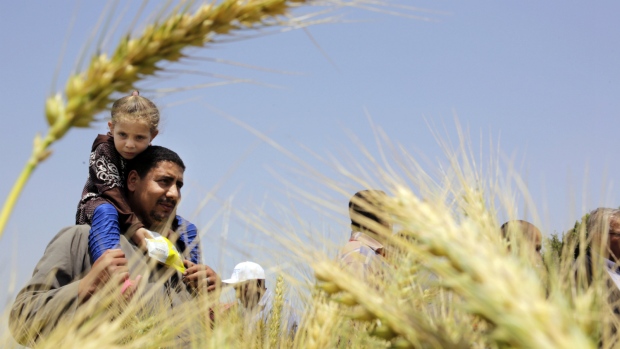 Egypt has relied on the Nile, Africa’s largest river, since the time of the pharaohs. For thousands of years, annual floods dumped rich silt on the banks, allowing the country to serve as a Mediterranean grain reserve.

But the annual flood ended with the completion of the Aswan High Dam in 1970, and surging population growth has transformed Egypt — with over 90 million citizens — into the world’s largest wheat importer.

Water is already considered “scarce” in Egypt, and it expects its per capita annual supply to fall below the 500-cubic-metre threshold that denotes “absolute scarcity” under international norms by 2025, from some 600 cubic meters today. Salinization caused by rising sea levels could also one day reduce supply.

President Abdel-Fattah el-Sissi said in a speech earlier this year that water was being provided too cheaply. Since then, household water costs have doubled or even tripled, according to bills Egyptian have been posting on social media.

Meanwhile, Ethiopia is building a dam and hydroelectric plant upstream that Egypt is worried will cut its share of the Nile. The two nations are discussing ways to fill the planned water reserve slowly so as to diminish the impact, but so far Ethiopia is pressing ahead with construction without a detailed agreement.

“It’s like watching a slow-moving train wreck. Everyone knows that population growth is accelerating, and then you have that dam, which could be a problem if it’s filled up too fast,” said Richard Tutwiler, a water expert at the American University in Cairo. “There are some intelligent, highly skilled people in the ministries and the water sector, but there’s room for better coordination, and taking more of a community approach when it comes to improving crop irrigation.”

Successive governments have recognized the need for action, but policies have not kept up with surging demand. Pumping stations and distribution networks are notoriously inefficient, and water cuts in the summer months are common in Cairo. Droughts hit some rural areas in the summer, and new neighborhoods built in the desert often lure residents with promises of infrastructure — including water — that never appear.

One such area is New Gurna, built on the west bank of the city of Luxor, famed for its pharaonic temples and tombs. Residents there complain they go days without water, with pressure sometimes returning for only a few hours a week.

“If I knew it was going to be this bad, I wouldn’t have moved out here,” said high school teacher Abdullah Said, who has been leading a campaign representing 15,000 residents urging the government to fix their problem.

The land has been used to resettle villagers kicked out of homes that had been built over archaeological sites generations ago, which the state demolished for fear they could damage the sites. Residents say the local reservoir leaks and showed The Associated Press videos of water gushing through a ravine near the site. Local officials deny there is a problem.

Other groups are trying to address the shortages as well, with a wide variety of donors — from the European Union to Bill Gates — involved in the effort. The government has a number of initiatives to recycle water and improve efficiency, but none have been able to keep up with demand.

The small plow that has transformed Sheikh’s land in the Nile Delta could have a major impact in a country where the vast majority of farming is done on small plots. It is manufactured locally and sells for just $5,000.

“My own father opposed switching from our old ways, but when he saw the savings he was convinced,” said Atef Swelam, the scientist who developed the plow on behalf of the International Center for Agricultural Research in the Dry Areas (ICARDA). “Raised beds are difficult to make manually and are expensive, but with this machine it’s simple.” Only 35 plows have been built so far, but Swelam hopes that number will increase through public and private investment.

The U.N. Food and Agriculture Organization, which is helping develop the plow system, hopes the government will encourage the creation of small- and medium-sized businesses to build more.

“Then it would be self-propelling,” said Pasquale Steduto, the FAO Representative in Egypt. Action is needed in order to conserve and manage water resources, otherwise “competition between users could create internal conflict … or conflict with other nations,” he said.

Sprinkler systems and underground irrigation — which minimize evaporation — are also being pitched, but their high cost has made the government reluctant to include them in the national water plan.

Mazen Mostafa, an irrigation engineer, thinks the focus should be on transforming Egypt’s aging canals into sprinkling networks, which could expand the green areas along the Nile.

“That system is thousands of years old and hasn’t been changed since the time of the pharaohs,” he said. “Our idea is to bring in investors to modernize the canal system on the old lands into a sprinkler system, then expand that to create new arable land for them to farm.”

“Now it’s not just a matter of investment opportunities, it is a must, given the coming shortages,” he said.